You are using an outdated browser. Please upgrade your browser to improve your experience.
by Bryan M. Wolfe
October 30, 2010
Just weeks after Motorola sued Apple, the Cupertino, California-based company has returned fire. In a suit brought in the United States District Court for the Western District of Wisconsin, Apple claims six patent infringements against the Illinois-based company. According to the lawsuit, Apple claims Motorola infringed on its intellectual property on the following devices: Droid, Droid 2, Droid X, Cliq, Cliq XT, BackFlip, Devour A555, Devour i1, and Charm 1. According to Patently Apple, and explained by 9to5mac, the six patents infringed upon are:

Five: Apple Computer, Inc. patent titled: Method and Apparatus for Displaying and Accessing Control and Status Information in a Computer System: Apple's invention generally relates to the field of computer systems; particularly, the present invention relates to displaying a status and control function bar or window to enable access of user selected indicia to a computer system user.

At the beginning of October, Motorola claimed, in three complaints, that Apple had copied some of its early-stage innovations. These eventually lead to Apple's App Store and MobleMe service. In both lawsuits, the companies demand the other pay for damages and to stop using its technologies. [Photo: 9To5Mac] 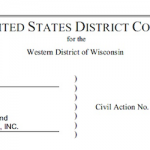 Apple Claims Patent Infringement Against Motorola
Nothing found :(
Try something else