You are using an outdated browser. Please upgrade your browser to improve your experience.
by Alexander Vaughn
October 27, 2010
Next Tuesday, at Apple's invitation, a hand-picked group of fine iOS developers will be heading to California. Scheduled to attend a secret three day summit, these lucky few will be working directly with Apple's engineers on some iOS developments. At least, that's what Business Insider's Dan Frommer is telling us today. More precisely, Frommer heard that Apple's big idea is:

"an effort to improve the quality of iOS apps available in Apple's App Store. This comes as Google's rival Android platform continues to look better to developers, and receives more of their attention and investment."

Apparently, the summit would also help these developers prepare their apps for iOS 4.2, which will ship in November. This sounds interesting, and very exciting to us drooling fanboys. Yet, Apple has a very legitimate need to gather developers right now. Not for iOS 4.2, nor to improve quality (Android is certainly not a rival in that area). If true, this meeting can only mean that Apple is working on one thing: Apple TV apps. Apple is very accustomed to secretly collaborating with developers before launch events. They provide them with early access, and in return have some apps to wow us with when they unveil new products/services. If Apple is planning to let Apple TV apps happen (and they are already happening on the jailbreak), it may happen early next year. Now is indeed the right time to start. Even more so, now that Google launched its own TV product, which is going to have apps. Of course, the very existence of this summit could be an invention and my take on it is just conjecture. Anyway, as usual, we'll keep you posted. 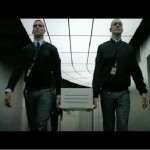