You are using an outdated browser. Please upgrade your browser to improve your experience.
by Bryan M. Wolfe
October 28, 2010
Who owns the name “iPad?” Apparently one Taiwanese monitor manufacturer believes it does and wants Apple to pay. Proview is threatening to sue the Cupertino, California-based company for $1.5 billion. But, it doesn’t look like this potential lawsuit has any legs. For one thing, Proview claimed they registered the name “I-Pad” in 2000 for a tablet which failed to launch. They did not own the "iPad" name. According to Gizmodo:

As the story goes, Proview registered the trademark in the European Union, as well as China, Mexico, South Korea, Singapore, Indonesia, Thailand and Vietnam. In 2006, Proview reportedly sold the global trademark (for each company except for China) to a US company for the equivalent of $55,100, but they weren't informed it was Apple—or even related to Apple, as they named themselves "IP Application Development." This mystery company registered the iPad trademark in the US in January of this year.

Proview sold the name “I-Pad” to Apple for peanuts. Because they didn’t know Apple was the company that purchased the name, they want $1.5 billion? Would they be doing this if it weren’t Apple? Seems unlikely. Proview is also having financial problems, which is probably another reason for the possible lawsuit. As quoted in the same Gizmodo article, the company’s chairman Yang Rongshan said the following:

"We are in big financial trouble and the trademarks are a valuable asset that could help us sort out part of that trouble."

So what do you think? Does Proview have a case? Leave your comments below. 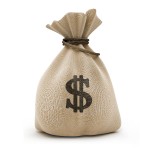 Apple Might Be Sued Over "I-Pad" Name
Nothing found :(
Try something else