You are using an outdated browser. Please upgrade your browser to improve your experience.
by Alexander Vaughn
October 9, 2010
In a surprising turn of events, George Hotz, the jailbreaker extraordinaire who has long led jailbreaking efforts and recently retired, has returned to the scene this weekend. There is a lot of controversy surrounding his return, but let us cut to the chase. George Hotz just released Limera1n, a new jailbreak solution that works with iOS 4.1 and beyond. It's still in beta and is Windows only for now, but it works (at your own risk). It allows you to jailbreak the iPhone 3GS, iPod Touch 3G, iPad, iPhone 4, iPod Touch 4G on iOS 4.0-4.1 and beyond. You can find all the details and the program directly on his website: limera1n.com. Also, there is a mirrored copy of the file just in case it disappears: link. Be aware that despite the arrival of Limera1n, updating to iOS 4.1 or beyond in iTunes will kill your ability to unlock. Here it is at work, courtesy of iPodUplink:

Back to the story, the Dev-Team has announced this week the release of a new "Greenp0ison" jailbreak, which is due to be released tomorrow, Sunday. Unfortunately, Greenp0ison only works on the newest generation of iDevices like the iPhone 4, the new iPod touch and the iPad. Well, the Dev-Team does already have a way to jailbreak the rest of our iDevices, but they decided to keep the rest of their tricks secret so they can use them for iOS 4.2 in November. Following this announcement however, George Hotz announced that he was also in possession of a jailbreak method, and that he was going to release it now. Of course, this upset a lot of people. First of all, this steals some of the Dev-Team's spotlight. Also, it would be wiser for the community to preserve this jailbreak for future iDevices and iOS versions, as there is already another one scheduled. Once it's released, Apple can easily figure out how it works, and make upcoming iDevices immune to this particular jailbreak. Hotz didn't care about that, and has now released his own method. Well, all this drama doesn't really matter, as tomorrow's Greenp0ison jailbreak will be modified to use Hotz's vector and we're not really losing anything. Anyway, we're hoping that re-implementing Limera1in into Greenp0ison won't take too long. We're still going to need Pwnagetool to be able to jailbreak without losing the ability to unlock. Also, it would be nice to see a Mac OS version of this. Have any of you tried it already? How did it go? 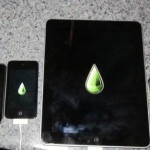 Geohot Defies The Dev-Team - Releases The iOS 4.1 Jailbreak [Update: Video How-To]
Nothing found :(
Try something else