You are using an outdated browser. Please upgrade your browser to improve your experience.
by Alexander Vaughn
October 7, 2010
The wait is almost over jailbreakers. Dev-Team member Joshua Hill has just confirmed on Twitter that the new Greenp0ison jailbreak, which will allow you to jailbreak Apple's latest iOS 4.1 software, is expected to be released this Sunday. 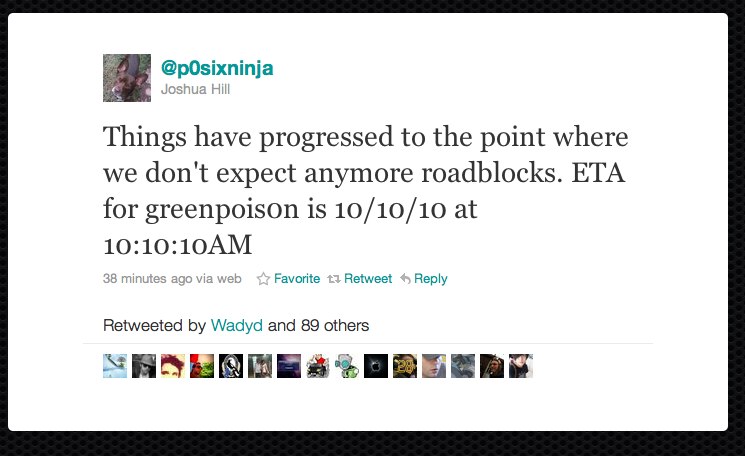 To make the event even more special, they have decided to launch the tool at precisely 10 past 10 AM on October 10th 2010. That is on 10/10/10 at 10:10 AM GMT, or AAA in hexadecimal. Note that the news was also retweeted by Pod2g, the Dev-team member who actually made Greenp0ison possible. We can feel pretty confident they will be on schedule, especially if they don't want to miss this very special timing. It will be made available over at greenpois0n.com, which is already up, but only consists of a splash page for now. Also, be aware that they will be releasing multiple tools, some of which will help you update to 4.1 without losing the possibility of unlocking your baseband for other carriers. 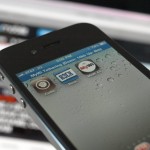 iOS 4.1 Jailbreak Launch Scheduled For This Sunday
Nothing found :(
Try something else