You are using an outdated browser. Please upgrade your browser to improve your experience.
by Bryan M. Wolfe
October 12, 2010
Microsoft’s new Windows Phone 7 OS has officially been released. And with it, nine smartphones by various manufacturers sporting the new OS will attempt to take on Apple’s iOS. Since the devil is in the details, here is a quick look at how both operating systems stack up compared to each other in terms of features. Hardware Microsoft’s new OS will initially be offered on smartphone models from Dell, HTC, LG and Samsung. Each will have a 1GHz processor and 512MB of RAM, just like the current iPhone 4. The maximum internal storage available for Win7 devices will be 16GB. The iPhone 4 comes in two models: 16GB or 32GB. Win7 smartphones will include a 480x800 super AMOLED screen, which is nowhere close to the sharpness of the 960x640 Retina display on Apple’s latest iPhone. In terms of cameras, both the iPhone and new Win7 smartphones come with a 5MP camera with 720p HD video recording. However, the new HTC 7 Mozart will include an 8MP camera. In terms of hardware, it's obvious that Microsoft and its suppliers looked to the iPhone for direction, and it shows. Internet & Email Win7 smartphones come with Internet Explorer Mobile which is very similar to the iPhone’s mobile Safari. In addition, both operating systems allow streamlined email account setup. Therefore, you can add your Windows Live, Google, Exchange and Yahoo mail accounts to both. Apps Obviously, the App Store is going to offer more apps compared to Microsoft’s Marketplace. At least for a while. However, depending on how popular Win7 becomes, you’re probably going to see many of the same apps in both stores. At the start, Microsoft does boast its Win7 integration with Xbox Live, which is lacking on Apple devices. Flash, Tethering Guess what? Adobe’s Flash isn’t compatible with Win7 devices either! I’m sure this is causing gigantic headaches at Adobe. Tethering, which took three years to arrive on the iPhone won’t be available initially on Win7 devices. However, a future update will probably change that, just like it did for the iPhone. Carriers Despite the rumors, the iPhone is currently only available in the United States through AT&T. Win7 devices, however will be available through multiple carriers including AT&T and T-Mobile. Conclusion Overall, the new Win7 looks pretty nice. In fact, I’d even say that it could give Apple a run for its money in the long-term. However, the biggest drawback for Microsoft (and other would-be smartphone OS providers) is Apple’s App Store. The large number of apps available for the iPhone/iPod touch is what makes the iPhone superior. Would-be switchers will have to keep this in mind when comparing Win7 with iOS. Sure, the phones themselves might offer comparable features, but Microsoft’s Marketplace is no App Store. What do you think? Does Microsoft's Windows 7 Phone look like a winner? Leave your comments below. 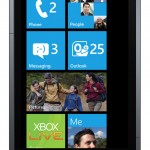 iOS vs. Windows Phone 7
Nothing found :(
Try something else