You are using an outdated browser. Please upgrade your browser to improve your experience.
by Bryan M. Wolfe
October 15, 2010
The white iPhone 4 remains elusive nearly five months after it was announced by Steve Jobs. The white model was supposed to be released around the same time as its black counterpart, but it has been delayed so many times you might wonder if it even exists. It does exist. In fact, according to The Apple Blog, there are boxes of them stacked up at Apple headquarters, all in desperate need of an owner. Why can’t the public have one? It seems the color of the actual iPhone face and that of its home button don't quite match, and Apple suppliers cannot seem to remedy the situation. According to The Apple Blog:

Those who’ve experienced antenna problems with their iPhone 4 or heard this story about Steve Jobs’ preference for form over function that came to light as a result of that debacle won’t be surprised that a shade of color difference would prevent an Apple product going to market.

Apple’s suppliers can’t remedy the problem, at least not to Jobs’ satisfaction, so the white iPhone 4 stays off of store shelves. It’s already been delayed many times, with the latest reports putting a release date sometime around Christmas. Apple hasn’t made mention of it at all in a long time, though.

It will be interesting to see if we're ever given the opportunity to purchase a white iPhone 4. After all, with the model’s lifecycle nearly half over, it makes you wonder if it will be released at all. But, if it is, it will definitely be a conversation piece. 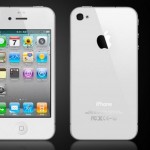 Report: The Elusive White iPhone Still Not Ready For Public

Report: The Elusive White iPhone Still Not Ready For Public
Nothing found :(
Try something else