You are using an outdated browser. Please upgrade your browser to improve your experience.
by Alexander Vaughn
October 8, 2010
A couple of shots showing what looks like an unknown iPad enclosure have gotten a lot of attention in the iDevice world today. Published by a repair shop called Mission Repair, they've got everyone wondering if these are a part of an upcoming iPad. As you can see in the pictures (above and below), this new enclosure looks identical to the one found in current iPads. With one difference, the presence of two 30-pin connector ports, one at the bottom and one on the side. It's quite a surprise to see these surface now, as they are exactly what was shown in some recent Apple patent drawings that we reported on a couple of days ago. 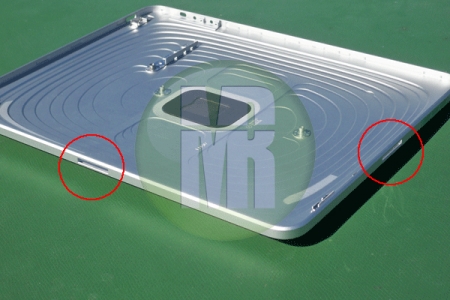 Of course, we don't really know what they are. They could just be fake. Or, as Engadget thinks, it could be a first-gen iPad prototype idea that was pulled at the last minute. Anyway, it would make a lot of sense to me to be able to dock my iPad sideways, so who knows, maybe it's back on the table? So when do you think the next iPad is coming? February? April? 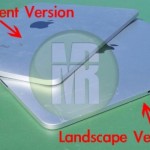 iPad Enclosure With Dual Connector Gets Leaked - iPad 2 Or Prototype?

iPad Enclosure With Dual Connector Gets Leaked - iPad 2 Or Prototype?
Nothing found :(
Try something else