You are using an outdated browser. Please upgrade your browser to improve your experience.
by Bryan M. Wolfe
November 9, 2010
An interesting report from PageOnce determined that iPhone users rack up more monthly credit card debt than those using other smartphones. What does this mean? PageOnce is a free service that allows users to manage and control their cash flow using mobile devices. Nearly three million users do just that on a monthly basis, according to the company. What they found is that iPhone users spend an average of $6,872 on monthly credit card expenses, which is more than other smartphone users spend. 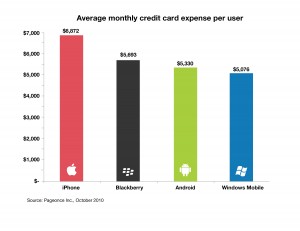 First, Pageonce data shows that iPhone users leverage credit cards significantly more than Android, Blackberry, and Windows Mobile users. The average iPhone user has a 35% higher balance (this is carried balance plus news transactions plus any fees/charges) on their monthly credit card statement than the average Windows Mobile user. My first reaction: Wow, really!? This might mean that iPhone users have more debt. Or it could mean iPhone users simply run more expenses through their cards. Or maybe Android users are more conservative about using credit? Whatever the reason, I’m betting credit card companies would like to get their hands on more iPhone users. 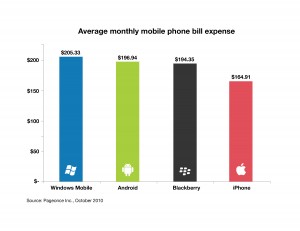 These two conclusions are not necessarily polar opposites. Perhaps iPhone users have more money to spend. But, at the same time are conservative with their monthly smartphone bill. Maybe iPhone users are more likely to put their financial data into the PageOne app than other smartphone owners. Who knows? Regardless, the report is interesting if not conclusive. 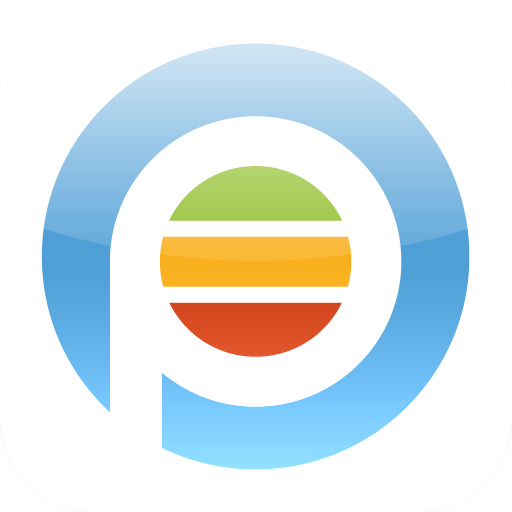 Pageonce – Money & Bills
Pageonce, Inc
Nothing found :(
Try something else