You are using an outdated browser. Please upgrade your browser to improve your experience.
by Alexander Vaughn
November 20, 2010
True to itself, and in line with its post-Woz era, Apple, not pleased by enthusiasts tampering with the iPhone 4 to change its color, is now taking new measures to squelch the phenomenon. Newly built iPhone 4 handsets are now sporting new, anti-tampering Torx screws to make it hard for users to take the device apart. Cashing in on Apple's inability to deliver the White iPhone 4, a whole ecosystem of third-party part suppliers has been able to make a small fortune selling conversion kits online. Apparently Apple is not too pleased with the phenomenon. Most likely, they don't want potential consumers to spot white iPhones in the wild and not be able to fill that demand. However, so far, their fight to take these off the market hasn't been too successful. Consequently, they're now trying a more direct approach. First, all serviced iPhones 4 are now given a fresh set of Torx screws, which are harder to mess with. Then, as we were able to confirm today by purchasing a brand new iPhone 4 at a Texas Apple store, these are now also featured in newly shipped units. Of course, this won't matter much to serious tinkerers, as you can still find the appropriate screwdrivers on the market. Nevertheless, these new screws definitely don't look as inviting as the old Phillips ones used up until now. This will certainly turn off some amateurs. I find incredible the lengths Apple will go to in order to keep absolute control over every each aspect of their products. Of course, it makes them look a bit controlling at times, but they have good motives, and they're very consistent about it. What do you think? [Photo: © 2010 Jay B. Siegel] 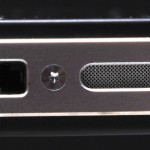 As Long As It's Black: iPhone 4 Now Shipping With Anti-Tampering Torx Screws

As Long As It's Black: iPhone 4 Now Shipping With Anti-Tampering Torx Screws
Nothing found :(
Try something else