You are using an outdated browser. Please upgrade your browser to improve your experience.
by Staff Writer
November 16, 2010

Hopefully you don't get dizzy easily because The Iconfactory has just released Astronut. In the game Astronut jumps from spinning planet to spinning planet in a casual endless style that feels more like a vertical platformer. There are actual finish lines for each level as you progress through the universe. 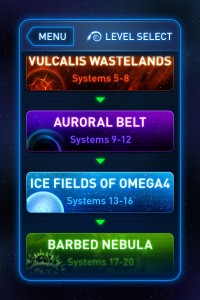 The game is free which gives you the first four levels, and there is a $1.99 in-app purchase to unlock the entire game. The full game includes 24 levels across six space sectors where new planet types and enemies abound. Game Center is included for online high scores and achievements.

The game begins simple enough as you tap one button to jump, and another to use boost. During your ascent you'll see the planets are similar to 2D Super Mario Galaxy with each one having it's own gravitational pull. This also leads to being able to coast upwards rather than jumping to every single planet. 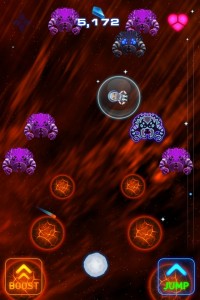 Your boost is rechargeable, and can be used to blast right through enemies instead of simply avoiding them. There are four star pieces to collect in every level, and if you get all four you unlock a bonus stage where you enter your ship, and tilt to collect all the stars. While you're playing there is a progress bar on the right so you always know how far to go to the finish. There is a ton of variability from level to level with not one playing the same. The biggest differences are the planets which all rotate, but there are dangers in most whether it's a black hole, fire planet, ice planet, spring, detonations, invisible, and reverse gravity. Every level adds new elements and enemies that all attack you with a different strategy. 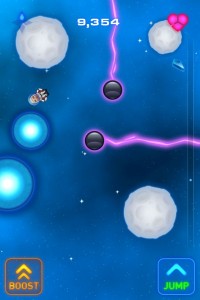 Once you play the first four levels in the free version you'll be hooked, and want to play, and complete the entire game. The concrete finishes, enemies, and time based danger for most planets gives you constant action and challenge. The boost comes in really handy to survive through the ascent, and you'll need good reaction to time your jumps just right as your character is constantly rotating. The game is really nicely polished as you would expect from The Iconfactory with retina quality graphics. Every single planet and enemy design is exquisite coupled with the various animations for interacting with each planet. The inclusion of Game Center offers extra incentive to keep playing on top of just wanting to finish every level. 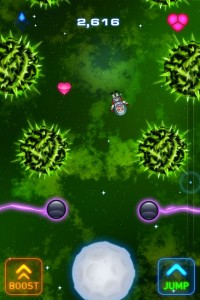 The pricing model is well done to give you a taste of the game for free to let you decide if it's right for you. It's much better to try the game, and then decide if you want to pay $1.99, then simply having to pay that amount to try the game like usual.

The game isn't the most unique or complex, but really excels at what it sets out to do. The gravity of the planets isn't as strong as you would think so you're not sucked in when trying to jump up to them. Also it seems like you touch a power-up when flying by a planet, but you usually have to land on the planet to collect it otherwise the game doesn't recognize it. 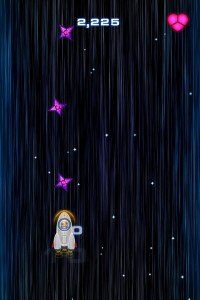 The game is definitely challenging and can be frustrating since you can miss a planet, and fall way down. There is no way to get out of a free fall except for boost, and usually you're not pointed upwards, and this means you can run into enemies, and just have to watch it happen. With the amount of enemies in the game you would love to see some more heart points, but that just adds to the difficulty.

Astronut is one of the best casual endless games to date by making it a much more vertical platformer experience. The game is loaded with challenge and variability, and quite a number of levels to progress through. The game is very nicely designed with great looking visuals, and engaging gameplay. Astronut is a should buy for $1.99 that will really suck you in. There will also be some feelings of weightlessness and dizziness. 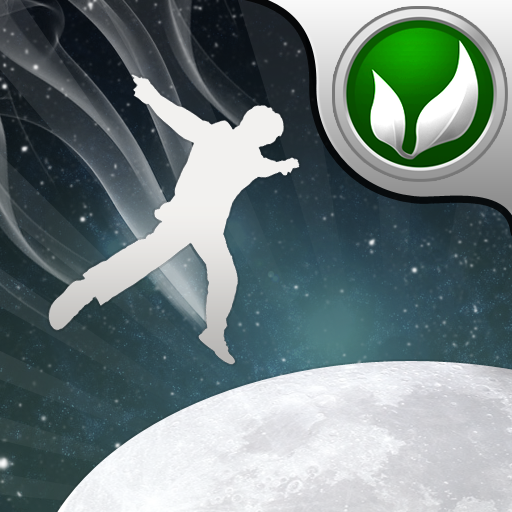 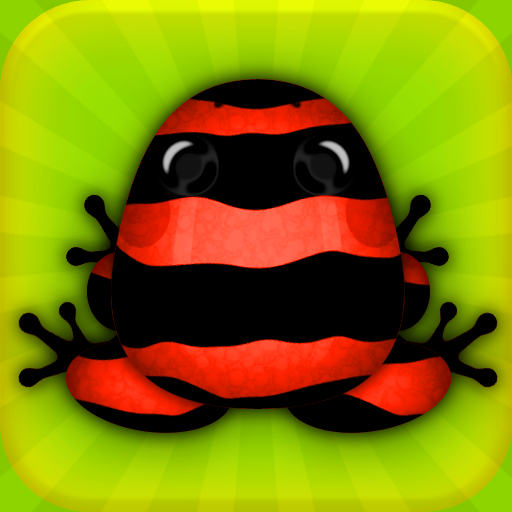 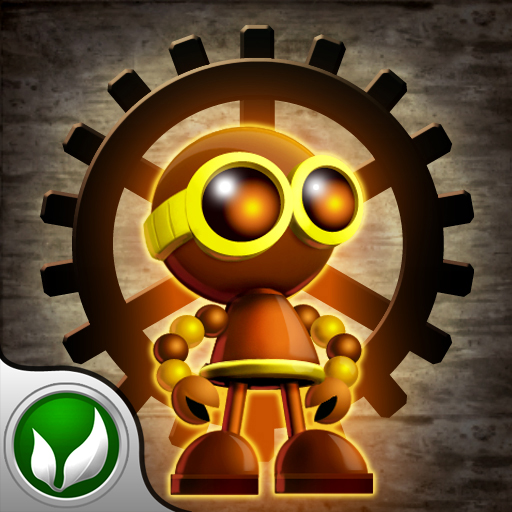 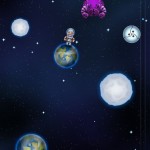 Review: Astronut - A Little Weightlessness And Dizziness
Nothing found :(
Try something else