You are using an outdated browser. Please upgrade your browser to improve your experience.
by Hayk Chukhuryan
November 18, 2010

Beast Boxing 3D by Goodhustle Studios, Inc is an arcade boxing game similar in mechanics to the classic, Punch-Out for the NES. But Punch-Out fans don't look to be getting a port for the iOS anytime soon; as Nintendo has made it clear that they won't be developing outside of their own platforms. Luckily, there are alternatives. Beast Boxing 3D has a humorous and unique plot which involves pitting you against hideous beasts. You are Steve, a puny human trying to get into the Beast Boxing tournaments. You score a convincing costume with the money you've saved and manage to get in on the action. 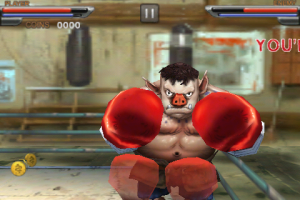 Upon defeating your first opponent, an old washed up beast boxer by the name of Piglas, you inspire and befriend him as your mentor. He gives you valuable tips throughout your matches, and prepares you for the tougher opponents that come up. The core story line is typical of similar titles, but the theme definitely attempts something fresh. Features: Beast Boxing 3D pits you against 9 gruesome beasts in 4 nicely sketched arenas. The three difficulty settings include Casual, Gamer, and Hardcore for when you really want all hell to break loose. Game Center integration is a go with Achievements (total of 20). The rematch system allows you to fight previous opponents to earn more money for upgrades. The Good: 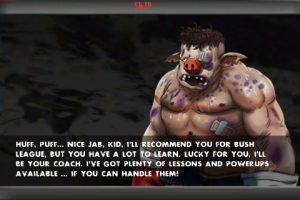 Beast Boxing delivers in terms of classic arcade boxing and makes it fun. It's an easy learner, as memorizing complex combos and what-not aren't necessary to get ahead. You can simply pick up the game and go to town with jabs, uppercuts, powerups and more. If you're looking for a fighting game with more depth as far as complex combos go, this may not be for you. Attacks are executed through touch and swipe on screen, with no virtual buttons present. The game makes use of the iPhone's accelerometer by allowing you to dodge blows by simply tilting left or right. The dodging systems is a natural fit and allows you to save your thumbs for jabs and uppercuts. Place both thumbs on the screen to block- you'll be doing yourself a favor! 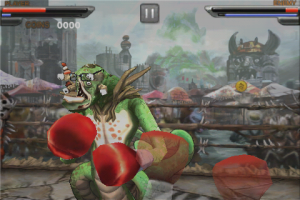 The better you perform, the more coins the audience throws into the ring. As you collect these coins, they can be used to purchase new gear, power-ups and more from the Gym. These upgrades are crucial if you want to compete with the more challenging beasts later in the game. I am a big fan of the visuals of Beast Boxing. The beasts are rendered in great detail and the arenas look beautifully etched, with an animated audience. Despite its fictional theme, the game doesn't really feel too cartoonish, given the dark grungy tone and texture of the graphics. The Bad: 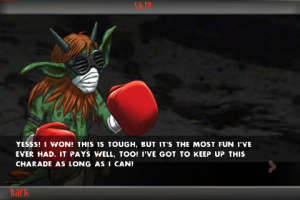 Beast Boxing is a fantastic boxer , but it does have room for improvement. More stages and opponents will need to be added if it is to keep gamers engaged for longer than 2 weeks. It's currently short on the content side with Career Mode as your only mode of play. Controls are a bit sketchy and unresponsive at times. I found myself having to do the same tap or swipe a couple of times in order to execute the attack that I wanted. Hopefully more content and bug fixes are thrown our way in future updates.

The lack of content definitely made this title feel like a one trick pony. However, Beast Boxing 3D was great while it lasted. The action is intense, the graphics are impressive, and the theme is witty and fun. If you want a light-hearted arcade boxing title on the iPhone, Beast Boxing 3D is definitely Worth It. 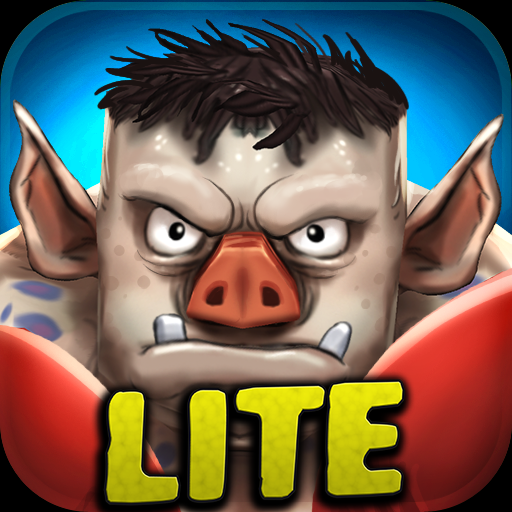 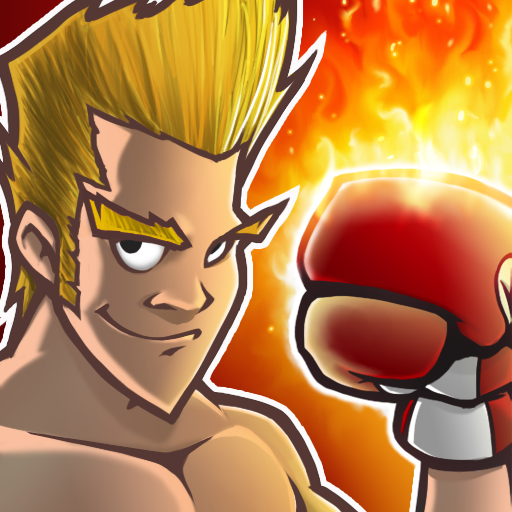 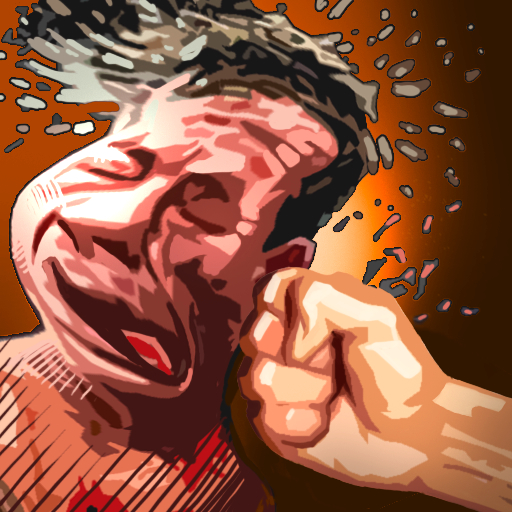 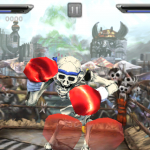 Review: Beast Boxing 3D - No Touching Gloves Here!
Nothing found :(
Try something else