You are using an outdated browser. Please upgrade your browser to improve your experience.
by Staff Writer
November 24, 2010

Jump on your motorcycle because it’s time to race or grab massive air and throw down all kinds of tricks in freestyle mode. The arcade motocross game FMX Riders has finally arrived in the App Store, and after our sneak peek, it’s time for the full review. The game is unique to the iOS platform as to date there have only been realistic or 2D motocross games. 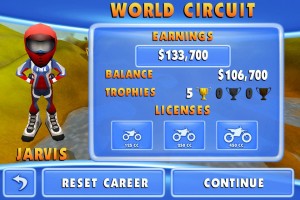 The meat of the game is the World Circuit mode which provides nine tours with each having a certain number of events which is 40 in total across all tours. There are four game modes that you can play right away with Race, Freestyle, Time Attack, and Hot Lap. Game Center is included for the usual online high scores and achievements as well as online multiplayer.

FMX Riders is a game like non other yet on the iOS platform giving you arcade motocross. It’s a 3D cartoon motocross freestyle arcade racer that is jam packed with action. The app is super simple to pick up and start enjoying with automatic acceleration, and just tilt to steer with action buttons for turbo and stunts. 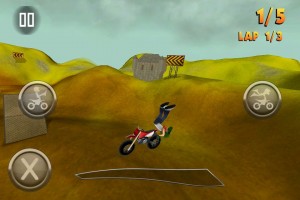 There is so much going on in FMX Riders starting with the very challenging races on complex courses with tough opponents. While racing you can choose to just go through the course, or go for risk with jumps and tricks which will give you some turbo boost. You always have the chance to crash with a stunt, but the boost can come in handy taking over opponents on a straightway. There are multiple ways to race as you play against four others, or time trial with three laps, or one lap, or race multiplayer. There is so much speed involved in this game so that the course goes whipping by, and it all runs smoothly. Also the game rarely has you using the brake unless you’re on the snow course, so it’s all about maneuvering through, and picking up more speed. 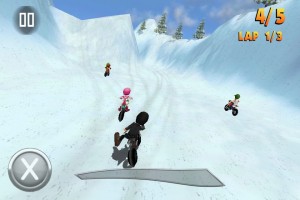 The freestyle mode though is where this game really shines as you have two minutes to score as much as you possibly can. There are ramps all over these courses to launch yourself into the air to throw down all kinds of stunts. When you go into the air two action buttons appear which give you different sets of aerial motorcycle stunts with just a tap. You can also flick your racer to do all kinds of spins either by themselves or coupled with the tricks. You have to judge how much air time you have to see what kind of tricks you can pull off, and you have the option to tilt your device to help you land the stunts. Consecutive successfully landed tricks will give you a combo further multiplying your score. 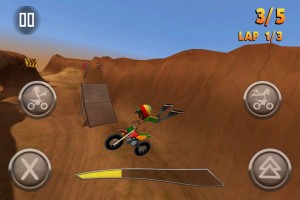 There are so many amazing stunts at your fingertips, and they can happen so regularly. There is never a dull moment in this game, and all of it is so intuitive to pull off. You can also save and share your replays of your best runs with your Game Center friends to really show them how it’s done, or just rewatch your greatness. Just playing through the entire circuit mode once will make the game well worth your money regardless of any other content included. Then there is the Game Center multiplayer with quick seamless connections with anyone. You also can play any mode solo on one of the five tracks, and compete for online high scores and achievements. 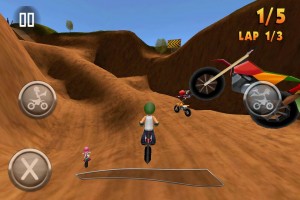 The game has a wonderful art design with outstanding 3D landscapes and courses you’re racing through. The stunt animations combined with physics engine really make the tricks look jaw dropping. There is also a multi track action soundtrack to fit the gameplay perfectly.

The game has a bug that pops up from time to time where the turbo just initiates automatically as though it recognizes you tapping the turbo button. There are also instances when one of the trick buttons sticks the same way so whenever you’re in the air you hold the trick, and crash. There are times when you have to tap the action buttons twice for them to activate. These instances are rectified by a simple reboot of the app, but a bug nonetheless though they most often occur after taking a screenshot. 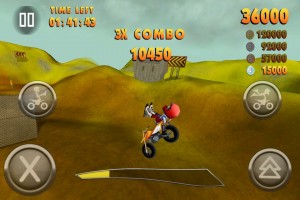 In addition, there is an odd mechanic that requires you to press post score after a quick play race for it to be submitted to the Game Center leaderboards. With a post score feature you think it’s posting to some social network, but that’s the only way for the score to show up on the high score tables. When playing multiplayer you can only race which is definitely fun, but the ability to compete in freestyle mode would make it outstanding. It would be nice to have an option to have manual acceleration instead of it only being auto with manual brake. 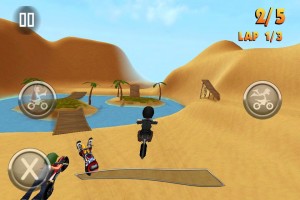 It also seems that the races are very tough to finish first in, but the freestyle mode is too easy with low plateaus for first place. For example you can score 500,000 pretty easily, and yet the 1st place score plateau is 50,000. In the race if you crash once the best you can do is 2nd place.

FMX Riders is like no other game in the App Store with an amazing load of action that is great to watch, and so easy to perform. The game has a lot going on, but it’s completely intuitive for anyone to pick up and start enjoying. The game is overloaded with content as well with the multiple modes, single player circuit, and Game Center integration for multiplayer and social connectivity. FMX Riders is a must buy for $2.99 that is one of the best games in the App Store to date. 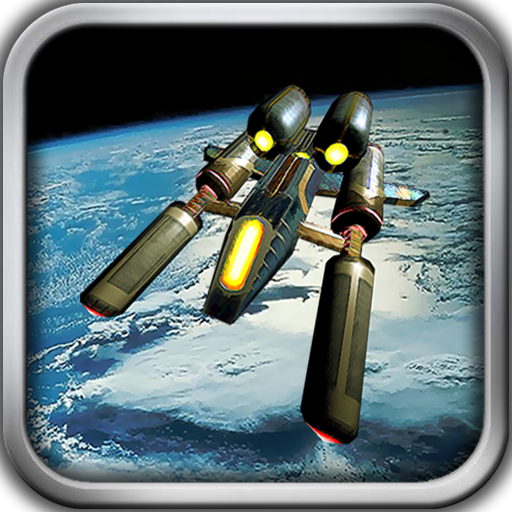 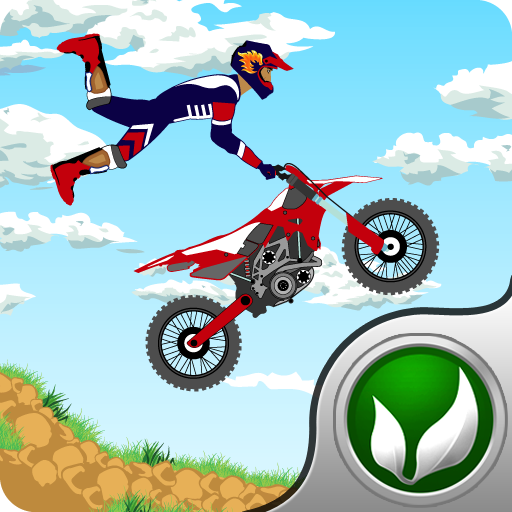 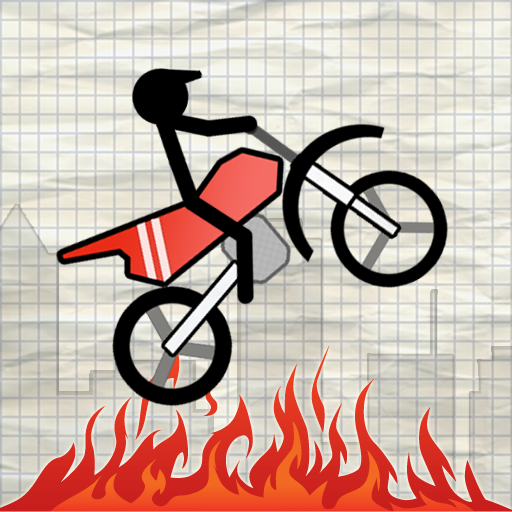 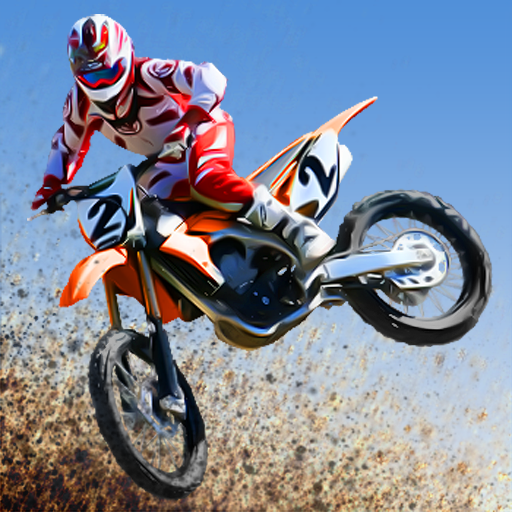 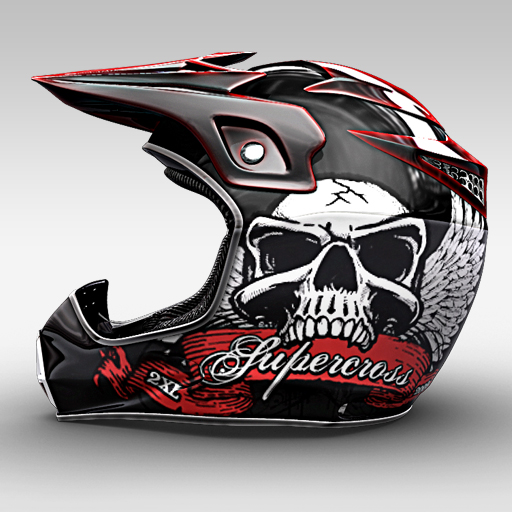 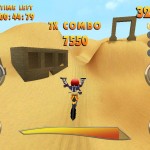 Review: FMX Riders - Pulling An Epic Stunt
Nothing found :(
Try something else