You are using an outdated browser. Please upgrade your browser to improve your experience.
by Staff Writer
November 23, 2010

Color matching and arcade action have combined to offer up a unique gameplay mechanic known as Wispin. You move Wispin around trying to run over the pests that continually pop up. You have to be the same color as the pest you’re running over or you lose a life. 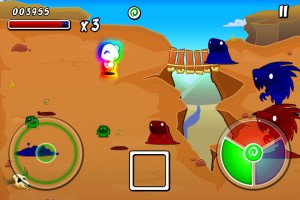 There are two game modes with the standard mode giving you three lives, and super intense mode only giving you one life. For each mode there are two locations with the field and canyon, and the super intense mode offers tough enemies continuously while standard gives you waves. The game includes Game Center for online high scores and achievements.

The game definitely offers up something different with color matching, and battling though the set up is similar to cartoon wars. There are three main colored pests you have to deal with, and they really move around intermixed. You’ll need to switch the color of Wispin often to be able to get through all the colored pests in a particular wave. 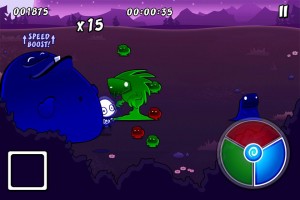 The focus of the game is to achieve combos with a meter in the top left indicating how long left to hit another pest. There are also combos of hitting consecutive colored pests which give you a speed boost. when you reach a combo of 20 overall you unlock rainbow power for some mass destruction. There are multiple power-ups at your disposal as well with bombs, arrows, and cheese all color specific to only work on particular pests. The game is very challenging, and it’s quite an achievement just to make it through 10 waves as one wrong touch is a life. As you play you unlock the extra modes adding a little bit of variability, and even more challenge in the other location and super intense mode. 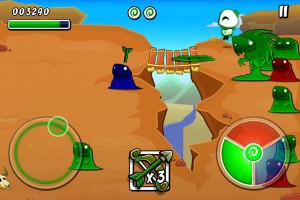 The game has very fine graphics with retina quality cartoon artwork. It’s nice seeing everything moving about, and then the squishing of pests, and the accompanying spin by Wispin. Game Center offers a little extra incentive to keep going as well as unlocking additional modes and facing different types of modes.

The game is pretty simplistic with a lot of repetition from wave to wave, and the different mode is just a harder survival. Overall the game is just survival without levels so that can only last so long. The gameplay mechanic is repetitive, as you can only run over enemies so long.

The controls aren’t the smoothest, but you do have a choice between tilt and joystick. The joystick doesn’t work very well, and the tilt controls don’t offer the most precision. The game requires very quick and smooth movements to hit certain enemies, and not others, but sadly the controls don’t offer that ability. The controls can hamper your enjoyment, but the tilt controls are much better than the joystick. When you’re using a power-up the controls get in the way again as it’s tough to direct where you want the power-up to go like the arrows and bombs. 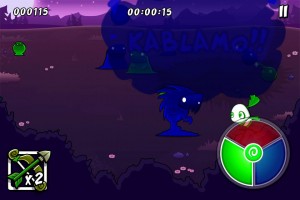 The gameplay isn’t that engaging because of repetition, and it’s really just dull switching the color wheel, and moving about the screen. The main challenge is the controls rather than the gameplay.

Wispin offers up a relatively unique game mechanic, but it doesn’t deliver it with fun and engaging gameplay. The game offers a lot of repetition without that much action on your part. The game looks good, but there isn’t that much content, and the controls really hamper the game. Wispin isn’t worth $0.99 because it’s more frustrating than enjoyable with many better choices out there for that $1. 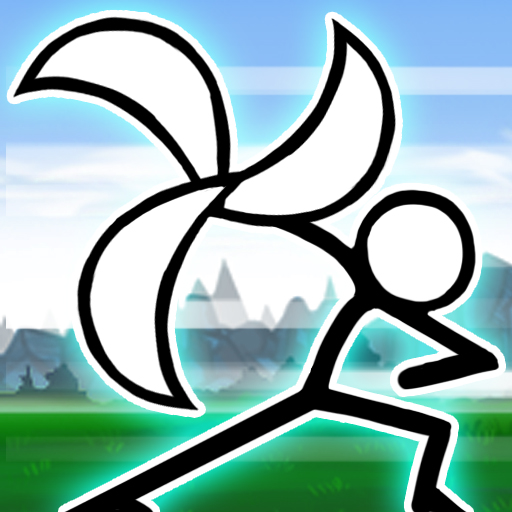 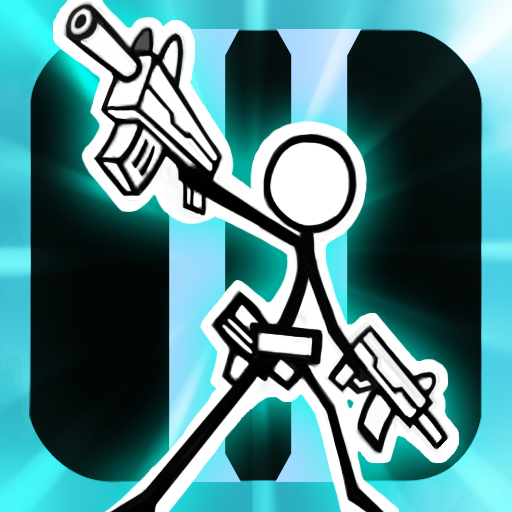 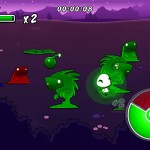 Review: Wispin - Spinning The Color Wheel
Nothing found :(
Try something else