You are using an outdated browser. Please upgrade your browser to improve your experience.
by Bryan M. Wolfe
November 17, 2010
One adventurous 17 year-old entrepreneur saw a way to make money for his college education. Unfortunately for him, it now looks like he might soon be facing Apple’s wrath. Fei Lam from Queens, New York was frustrated that Apple hadn’t released the elusive white iPhone 4. Since he had a contact at Apple supplier Foxconn, he saw an opportunity. Lam began buying white iPhone 4 parts from the Chinese supplier, and began selling conversion kits on his own website. Since whiteiphone4now.com went live, Lam sold 470 of the kits worldwide for $279 each. Meaning the guy grossed over $130,000. Recently, however, Lam received word that someone was looking into his business dealings. According to TUAW:

Lam says he has received an email from a "private investigator" accusing him of selling stolen goods. "They are some kind of anti-counterfeit/trademark firm, which sounds ridiculous, similar to what Apple is bringing up to remove White iPhone 4 Listings on eBay. I don't know how this legal stuff works."

Assuming Lam purchased the parts legally, Apple’s gripe should be with Foxconn who sold the items. Besides, each one of those purchased kits was for an iPhone 4 someone bought in the first place. It isn’t like Apple lost any money. This assumes the email from the "private investigator" was genuine and the person had ties to Apple. Surely after reading stories like this, a lawyer will be contacting Lam soon to offer the young guy some advice. In the meantime, Lam’s site is still online and accepting orders. 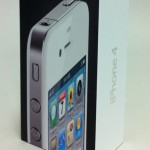 White iPhone Conversion Kits Could Put Teenager In Apple's Doghouse
Nothing found :(
Try something else