You are using an outdated browser. Please upgrade your browser to improve your experience.
by Bryan M. Wolfe
November 18, 2010
Well, that didn’t take long. Hours after Engadget picked up on a quote attributed to Steve Wozniak, the Apple cofounder has clarified his position. According to the original article, Apple’s cofounder told Dutch paper De Telegraaf that Google's Android OS would soon overtake iOS because the former had more features. However, now Wozniak said his words were taken out of context. According to Engadget:

Woz says he gave the De Telegraaf reporter a lengthy demonstration of voice commands on iOS and Android, pointed out that Android offered the ability to say "Navigate to Joe's Diner," and suggested that Apple would catch up through its purchases of Siri and Poly9. According to Steve, that's about it -- he says he'd "never" say that Android was better than iOS, and that "Almost every app I have is better on the iPhone." Woz did say he lightly prognosticated that Android would become more popular "based on what I've read," but that he expects Android "to be a lot like Windows... I'm not trying to put Android down, but I'm not suggesting it's better than iOS by any stretch of the imagination. But it can get greater marketshare and still be crappy."

Did somebody get to Wozniak (hello, Steve) or was he actually misquoted the first time? Perhaps we'll never know. 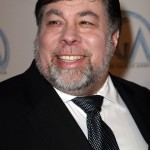 Woz: I Was Misquoted About Android vs. iOS

Woz: I Was Misquoted About Android vs. iOS
Nothing found :(
Try something else