You are using an outdated browser. Please upgrade your browser to improve your experience.
by Allan Curtis
December 18, 2010

Aralon: Sword and Shadow is a huge sandbox RPG in the vein of TES IV: Oblivion. It combines a huge gameworld with solid RPG mechanics, to form an RPG the likes of which have never been seen on the App Store before. It was developed by the the creators of Ravensword and Rimelands.

Aralon features a huge 3D world, many quests to complete, four classes to play as and beautiful graphics. 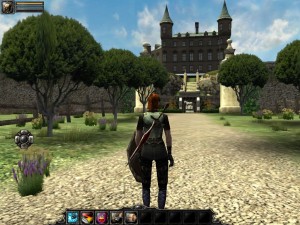 You start off in Aralon by creating your character. You can be a  Human, Elf or Troll. Trolls are surprisingly commonplace in towns and are nothing like the animalistic slaughterers they are  in most games. You then pick your gender and then decide between four different classes to play as: Warrior, Mage Rouge and  Ranger. Each of them is completely different and provides a different gaming experience. After this, you're thrust into a serviceable story about betrayal and conspiracy against the crown and you travel around killing monsters, completing quests and unraveling the story. The real star of Aralon is the world you play it in. Its massive. You'll traverse plenty of great looking locales, including plenty of towns full of NPCs, grassy fields with the sun streaming down, dark caves, sewers and snowy mountains, among other places. Bugs prevented me from exploring too much, but what I saw was very well done. There has simply never been a larger or better realized world in an iOS game before. Light effects in particular are great, as the sun has a real "warmness" to it and as sunset draws near, the world is turned a fiery orange, which is a very nice effect. Tress wave gently in the breeze and they cast shadows, which also move over the emerald grass. Sunshine shines harshly from stone paths and water laps gently at beaches. Aralon's world is so far ahead of anything else on iPad its amazing. The game sound isn't bad either. Environmental sounds, like wind, water and birds sounds great Some sounds like the repetitive looping footstep sounds take away from the game a little bit, but battle sounds are well done, with plenty of loud clangs and yells and plenty of suitably "wooshy" magic effects. 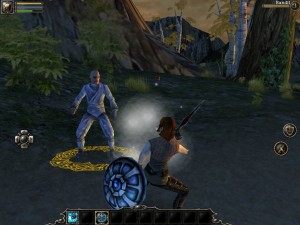 Aralon's combat is semi turn based. You move in realtime, but once you reach an enemy you can only attack in turn, as each weapon has a recovery time and combat is status based. Combat looks quite nice, featuring some satisfying combat animations. You can pick from a small collection of skills as well, such as extra hard hits, or spinning sword attacks, that stun surrounding enemies. Mages can blast targets with fire, summon elementals to aid them or shield themselves. Rouges can poison targets, or stealthily backstab them and Rangers are the only distance weapon class, can set traps and also cast spells to hold their enemies in place. Aralon is a very long game, as it features a 30 hour main quest and lots of side quests that are genuinely interesting. While there are lots of "Kill this person" or Kill these enemies" quests, you can tell the developers tried to make them unique. You also get good rewards for side quests, such as strong weapons or armour, so they are worth doing. 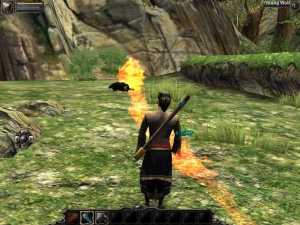 Unfortunately quite a few bugs mar this otherwise groundbreaking RPG. Aralon is somewhat crash prone. I had it simply drop me back to the home screen once and a quest proved impossible to complete, since every time a  conversation started that was needed to advance the quest, the game froze and I needed to restart the iPad. This is hardly acceptable. The game' hireables henchmen, which you can hire for cash to follow you around and support you in combat are a real annoyance to have around and more of a hindrance than a help. They are constantly in the way, so you end up talking to them, rather than looting corpses or interacting with objects. The only way to get around this, because of the game's sticky selection system, is to move away from the corpse, then back to it to get them to move out of the way. If allies didn't follow you so closely this wouldn't be a problem. The inventory and general interface is a real pain. For some reason Crescent Moon felt satisfied to leave the iPhone sized inventory in the game, so when you access your inventory you're treated to a tiny iPhone screen sized inventory with tiny text and icons. Hopefully an update rectifies this, but as it is now it looks amateurish. The way you select things to interact with them also badly flawed. When you 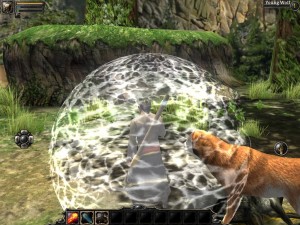 select something, you stay selected to it, even if you move far away, which can make it highly confusing as to what you're interacting with. Trying to select items next to people is also very annoying, as sometimes the game just wont register there are two entities there and you'll keep selecting the person to talk to rather than the item you want to pick up. The game also lacks a compass on its main screen, which is quite annoying, as I found myself continually accessing the map to see which way I was walking. There is also no directorial arrow to tell you where your next objective lies, although your quest log does a good job telling you where you need to go next. 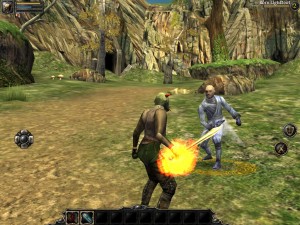 There are also some rather odd bugs. One time when I was in town the weapon shop mysteriously locked itself and there were enemies nearby I could not attack, due to an apparent scripting error, leaving me with a severely underpowered sword and no way to upgrade it. This effectively halted my progress in the game as a warrior, as with my weak weapon I could barely scratch the enemies in the next part of the game. Restoring an earlier saved game had no effect. This sort of gamebreaking bug really should have been caught before release. Thankfully the other shops were open, so other classes should be able to get their weapons and armour. I still had to restart the game to change class however. There also are bugs with certain items. When I tired to wear a helmet as a female warrior, my hair suddenly vanished, leaving me bald. A large mess of pixels appeared in the air, moving as my character looked around. Apparently this was the helmet. Crescent Moon Games has promised updates to fix these issues, but the fact remains that the game should never have been released like this.

Aralon is a new dawn for mobile RPGs. It has a huge world that dwarfs every RPG on the system and will redefine just what's possible on iOS. It contains lots of quality RPG gameplay. Unfortunately a lack of polish and a combination of horrible bugs hamper the experience. Even with these flaws, Aralon is a must buy to see what iOS devices are really capable of and Crescent Moon Games' pledge to fix the problems via an update, which is already in the approval process means that it can only get better. 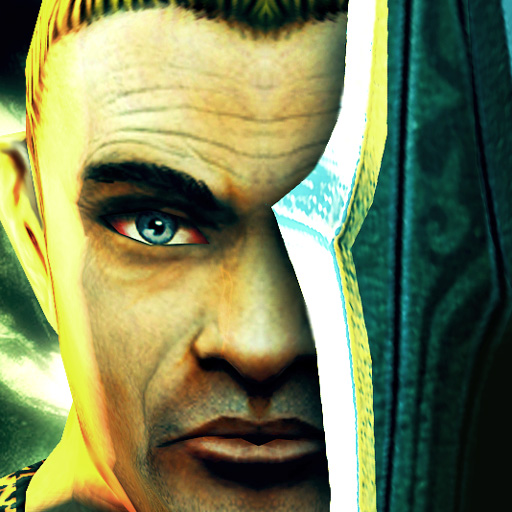 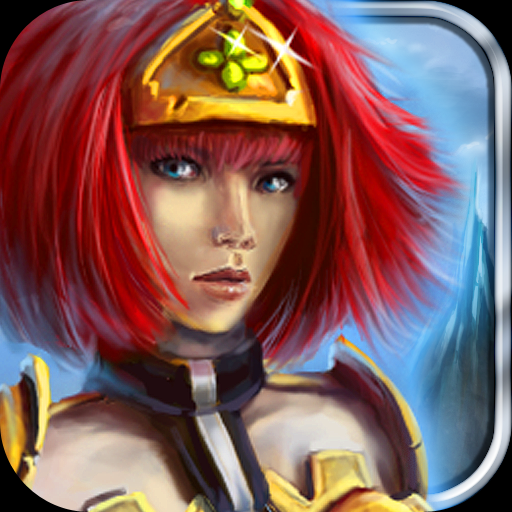 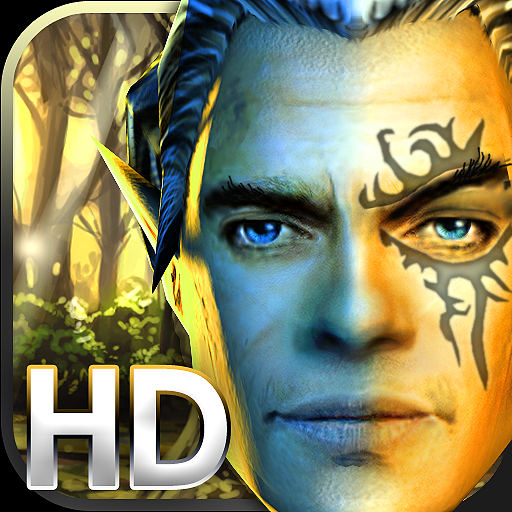 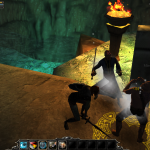 Review: Aralon: Sword And Shadow HD - So Big You're In Its Shadow!

Review: Aralon: Sword And Shadow HD - So Big You're In Its Shadow!
Nothing found :(
Try something else