You are using an outdated browser. Please upgrade your browser to improve your experience.
by Bryan M. Wolfe
December 6, 2010
With the debut of Apple’s new Mac App Store perhaps only days away, the company recently updated its terms for would-be developers. The most significant part of the update as it relates to customers is Apple’s decision to not allow demo, trial, and beta versions of software in the Store. According to MacRumors:

Apple notes that developers should not submit these versions for inclusion in the Mac App Store and should instead distribute them through their own sites while limiting Mac App Store distribution to full retail versions of their applications.

This does not mean a developer cannot place fully functional free software into the Mac App Store. Perhaps Apple wants to make sure the Store doesn't become a dumping ground for developers to let customers "test" incomplete software? The Mac App Store should be released within the next few weeks. It will allow customers to download Mac applications, just like they do for Apple devices using the App Store. 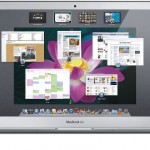 Don’t Expect Trial Software At Mac App Store
Nothing found :(
Try something else