You are using an outdated browser. Please upgrade your browser to improve your experience.
by Bryan M. Wolfe
December 8, 2010
When it debuted in 2008, Apple’s MobileMe service promised its users a lot for $99/year. Unfortunately, when similar services popped up at Microsoft and Google for no cost at all, MobileMe users began to cry foul. Frustrations grew even louder when Apple decided to remove the service’s popular “Find My iPhone” feature and made it free for everyone as part of the iOS 4.2 update. Then there are the service's often cited problems with the syncing of data between iOS devices. Now, a significant MobileMe facelift could be coming in the New Year. A disgruntled MacRumors reader and MobileMe user emailed Apple CEO Steve Jobs to address his concerns about the service.  Jobs offered one of his typically brief and vague responses. He said, “Yes, it (MobileMe) will get a lot better in 2011.” I have no idea what Apple will actually do to make the service better. But, I have my own ideas as to what they should do. First, it would be nice if the Cupertino, California-based company corrected the syncing issues which have plagued the service from its beginning. Second, $99/year is too high a price to pay given alternatives available elsewhere. Making the service free would give MobileMe a lot more users. But, this wouldn’t mean much if the syncing issues aren’t resolved. Perhaps Apple should rethink MobileMe altogether and make it something entirely different. Maybe this could be the place Apple’s long-rumored “iTunes in the cloud” service could reside. What do you think? How could Apple make its MobileMe service better? Leave your comments below. 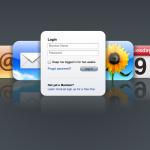 Jobs: MobileMe Service Will Improve In New Year
Nothing found :(
Try something else