You are using an outdated browser. Please upgrade your browser to improve your experience.
by Bryan M. Wolfe
December 6, 2010
It looks like Steve Jobs plans on giving each of us an early Christmas gift. The Mac App Store is supposedly opening on Monday, December 13. This news comes from Appletell, which states:

Our source indicated that Steve Jobs wants an early release, and wanted to go even sooner than the 6th. That obviously didn’t happen, but Apple appears to be way ahead of schedule on the Mac App Store nonetheless, and looks to take advantage of the Christmas rush.

Keep in mind, this news comes from just one source. Plus, Apple is notorious for missing release dates; just look at how long it took for the public release of iOS 4.2. Jobs announced the Mac App Store in September. At that time, the Apple CEO indicated it would be go live “within 90 days.” Even if the Store misses the December 13th date by a few days, Apple will still beat its original release schedule. The Mac App Store will offer Mac users an online marketplace for software, similar to the App Store. It will require OS X 10.6.6, which has already been seeded to developers. 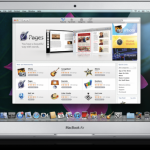 Rumor: Mac App Store Arriving Before Holidays
Nothing found :(
Try something else