You are using an outdated browser. Please upgrade your browser to improve your experience.
by Matt Rome
January 18, 2011
Apple announced a record-setting first quarter with 71 percent revenue growth and 78 percent earnings growth at today's quarterly earnings call. Holiday sales of iDevices contributed heavily to these record earnings with the company selling 7.33 million iPads, 16.24 million iPhones, and 19.45 million iPods. Sales of the iPhone showed a whopping 86 percent unit growth over the same time last year, bringing the total number of iPhone users to over 90 million and the total number of iOS device users to over 160 million. According to 9to5mac.com, those numbers mean Apple sold around 366,000 iOS devices a day over the holiday season! 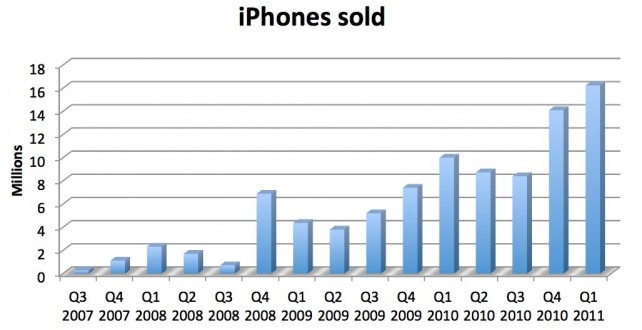 According to the press release issued by Apple, Peter Oppenheimer, the company's CFO, had this to say, “We couldn’t be happier with the performance of our business, generating $9.8 billion in cash flow from operations during the December quarter. Looking ahead to the second fiscal quarter of 2011, we expect revenue of about $22 billion and we expect diluted earnings per share of about $4.90.” In addition to great iDevice results, Apple's Mac sales also saw a 23 percent unit increase from the same time last year. These results point to increasingly strong growth and stability in the iOS market, especially with the Verizon iPhone release right around the corner. Hopefully this news can help bring comfort to any Apple users overly concerned about the company's future after yesterday's announcement of Steve Jobs' medical leave. 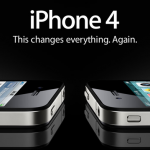