You are using an outdated browser. Please upgrade your browser to improve your experience.
by Bryan M. Wolfe
January 7, 2011
The long road towards a Verizon CDMA iPhone could end on February 3, 2011. This is the date Apple is apparently ready to FINALLY announce the handset that has long been promised and obviously, long rumored. This latest rumor comes from Boy Genius, which offers no “official” confirmation. However, their reasoning for picking February 3rd as the date of arrival is quite sound. We already know Apple has told its employees that vacation days are not optimal for the last week in January and first two weeks in February. Boy Genius reports that February 3rd through February 6th will be considered “blacked out” dates. Meaning no vacation days will be allowed for that Thursday through Sunday period. According to the report:

Back in June of last year, Apple picked the dates of 24th to the 27th for its iPhone 4 weekend launch — also a Thursday through Sunday. In addition, Verizon Wireless typically launches new devices on Thursdays. While BGR has not yet confirmed that the Verizon iPhone is the device we’ll see debut on the 3rd, the timing lines up very well with previous reports; no other Apple products have been rumored to be launching in this time frame.

This makes sense and isn’t based entirely on rumors. The blocks placed on employee vacations is fact, so something is coming sometime during that time period. Add that to the report that AT&T has discounted its inventory of the iPhone 3GS to just $49 starting today, and all this is beginning to make sense. This could be the real deal. 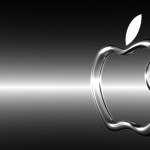