You are using an outdated browser. Please upgrade your browser to improve your experience.
by Alexander Vaughn
January 3, 2011
Cupertino finally came out of its post-NYE coma last night, and confirmed to Macworld what we all already knew; the transition to 2011 did mess up the iOS 4.0+ non-recurring alarm clock functionality. While Apple didn't say whether Steve would be made available to sign notes to your boss confirming it, they did have some good news. Indeed, Apple announced that the iOS Y2011 bug will not last, and that the issue will resolve itself starting tomorrow, January 3rd. At that point you will be able to rely on the traditional, non-recurring alarm function to wake you up on time as you always did:

Apple spokesperson Natalie Harrison confirmed to Macworld that Apple is aware of the problem. "We're aware of an issue related to non repeating alarms set for January 1 or 2," Harrison said. "Customers can set recurring alarms for those dates and all alarms will work properly beginning January 3."]

So, should you take their word for it? Thanks to some Australian readers (where it is already Monday, January, 3 in their time zone), we were able to confirm that all iOS alarms do work again come Monday morning. Therefore, tonight you shouldn't have to worry about a backup solution or setting up recurring alarms, as we believe you're safe to go. Will you ever be able to trust Apple with your alarm clock again? [Thanks to Tony Keim for the tip] 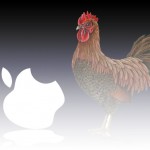 Confirmed: New Year's iOS Alarm Bug Does Fix Itself
Nothing found :(
Try something else