You are using an outdated browser. Please upgrade your browser to improve your experience.
by Matt Rome
January 19, 2011
Is Apple easing up on their stand against adult content on iOS devices?  According to Hugh Hefner, they are. Techtrackr.com reports on a surprise announcement tweeted by Hugh Hefner yesterday that the adult magazine will be making its way to the iPad in March. According to Hef, Playboy will appear completely uncensored with new and back content available.

Playboy's iPad debut is most likely related to iTunes' rumored upcoming ability to allow for paid, subscription-based content that is scheduled to launch with News Corp's The Daily app. In the past, Apple has taken a strong stance against adult content on their iOS devices. The appearance of an uncensored Playboy magazine on iPad could be the beginning of Apple easing their regulations and opening the App Store floodgates to a superabundance of adult apps. One thing is for sure. People have very strong opinions on whether Apple should or should not be censoring content for their devices. Let us know your opinion about this rather unexpected announcement in the comments! 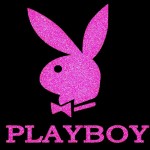