You are using an outdated browser. Please upgrade your browser to improve your experience.
by Bryan M. Wolfe
January 6, 2011
Apple’s long awaited Mac App Store is online and it will change how many of us purchase software. Announced last fall at Apple’s “Back To The Mac” presentation, the Store looks promising. It does to Mac applications what the iTunes App Store did for iOS apps. I’ve played around with it for a few hours, and I also made some purchases. Here is our "first look" assessment of this huge OS X update. What Is It? The Mac App Store is an application that allows users to purchase other applications for use on their Mac. It is a free feature of the Mac OS X 10.6.6 update. Users will need to install a software update to use the Mac App Store. After installation, you will need to reboot your computer. Once you do, the Mac App Store icon will be readily available on your Mac’s dock. The program is installed in your Mac's application directory.

You will immediately notice the similarities between the Mac App Store and the iTunes App Store. Just like in the App Store, you’ll see the top selling applications, divided into categories: “Top Paid,” “Top Free,” and “Top Grossing.” At the top, you’ll see five important icons:

Featured is the main Mac App Store page. It shows applications considered “New and Newsworthy,” “What’s Hot,” and “Staff’s Favorites.” You will also see the aforementioned: “Top Paid,” “Top Free,” and “Top Grossing.” Top Charts offers a more thorough list of the most popular applications. Here you see a list of 21 different categories. These range from "Business" to "Weather." Again, this is very similar to what you see in the App Store. 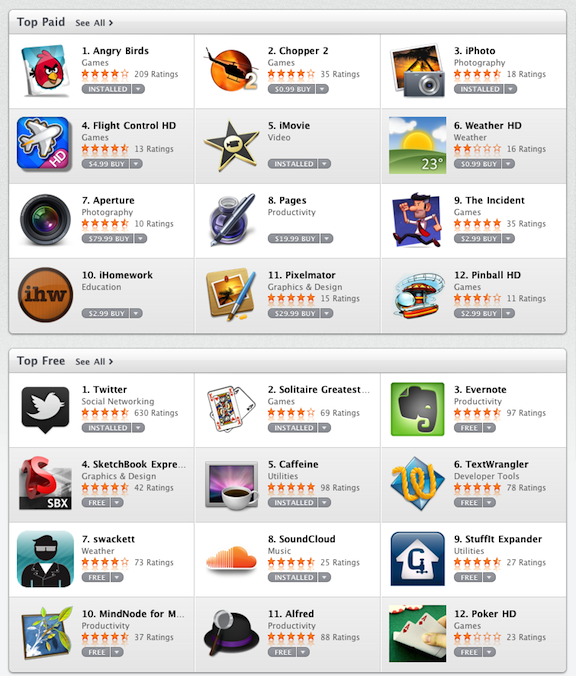 The Categories page breaks down the list of applications regardless of sales numbers. Software developers should be impressed with the list of Developer Applications.  There are many applications available, even on this first day of the Mac App Store. 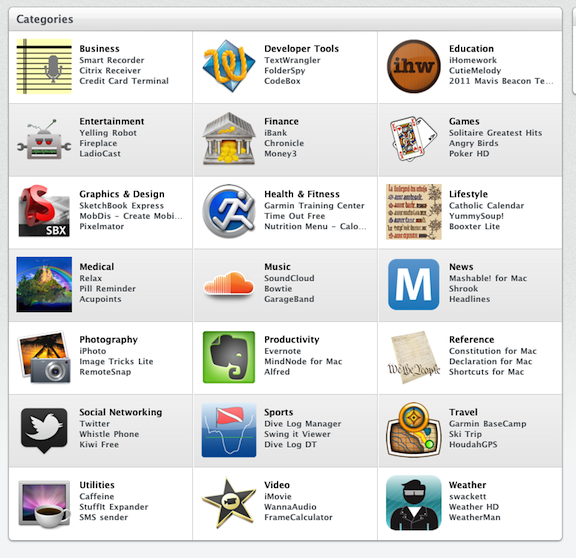 Purchases gives you a running list of which applications you’ve purchased through the Store. I love this feature, and it is missing in the App Store. Purchased applications are noted by purchase date. Finally, Updates lists which purchased applications have an update available. This will save us a lot of time updating our applications. One question still unanswered by Apple: will this page include updates for all the applications that are available in the Mac App Store that also reside on our Macs? Or, just for the ones purchased in the Store? How To Make Purchases Apple has made the process of purchasing applications very simple. It is tied to your Apple ID, just as it is with the App Store. Each time you enter the Mac App Store, you’ll be asked to verify your Apple ID for your first purchase. For example, this morning you entered the Store and made two purchases. The first requires verification. You will not be asked to verify your information again until you exit the Mac App Store application and enter again. The Store’s Offerings Surprisingly, Apple has included a lot of applications on the first day. Many won’t cost you money. The top free applications include Twitter, Solitaire Greatest Hits, and SoundCloud. The Twitter application looks amazing on the Mac and I’d strongly suggest this be your first Mac App Store download! 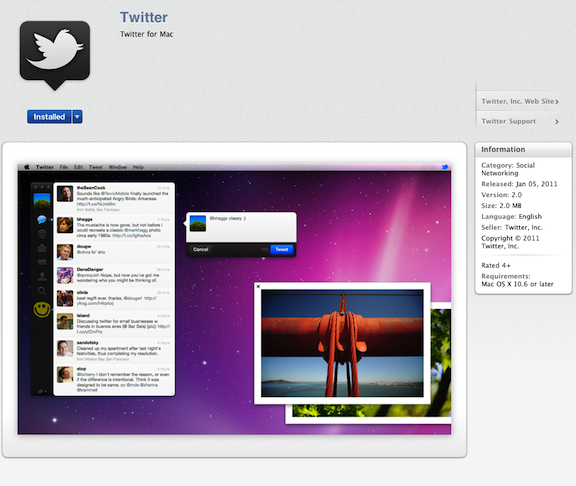 The top paid application is Angry Birds. Yes, the top selling iOS app of all time is now available on the Mac too. Amazing. You’ll notice quite a few of the applications have iOS equivalents. In addition to Twitter and Angry Birds, you’ll see Evernote, Things and iMovie available. Others worth noting: Delicious Library 2, and for the first time, you can purchase each iLife application separately. These include iPhoto, iMovie, and GarageBand. Pricing You are buying Mac software here. As such, App Store users will have to get used to paying more for Mac App Store offerings. Just as iPad apps typically cost more than those for the iPhone/iPod touch, applications presented here are more expensive than iOS software. If you accept this reality, you will notice the prices aren’t too bad. For example, Apple’s own Pages, Numbers, and Keynote applications cost $19.99 each. A boxed set of the same three applications cost $79.99 at Apple.com. Overall The Mac App Store is a home run. Buying Mac software has never been easier. Even on day one, the offerings are impressive and will continue to grow. Plus, it has plenty of free software too. That will make even the occasional buyer happy. What do you think? Do you like the Mac App Store? Leave your comments below. 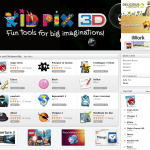 First Look: The Mac App Store
Nothing found :(
Try something else