You are using an outdated browser. Please upgrade your browser to improve your experience.
by Bryan M. Wolfe
January 20, 2011
Apple really hates people taking their iPhones apart. Until recently, the iPhone 4 included two very tiny Philips #00 screws at the bottom of the device. You can take your iPhone apart by removing these, but have fun finding a screwdriver small enough to perform the task. In November, refurbished or serviced phones starting showing up with Torx screws. These are harder to remove than the Philips heads, but it can be done with a Torx screwdriver. Not anymore. According to the folks at iFixit, Apple has replaced these screws too. Newer iPhone 4s now come standard with a screw that has a "slot" that looks like a flower for which no screwdrivers exist. They state:

It’s similar to a Torx—except that the points have a rounder shape, and it has five points instead of six. Apple’s service manuals refer to them as “Pentalobular” screws, which is a descriptive enough term. It’s certainly better than what I came up with, which was “Evil Proprietary Tamper Proof Five Point Screw.”

Here is the video:

Some people love taking their iDevices apart. Apparently, Apple has decided this is now a big "no-no." 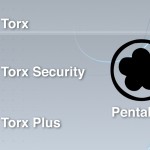 Apple Doesn't Want You Screwing With Your iPhone

Apple Doesn't Want You Screwing With Your iPhone
Nothing found :(
Try something else