You are using an outdated browser. Please upgrade your browser to improve your experience.
by Staff Writer
February 1, 2011
It seems that physics puzzle games are all the rage, and it also seems the simpler the better like Angry Birds, and Cut The Rope which feature less on physics, and more on cute with a simple mechanic. Ramps looks to be another such game in that mold as you simply move ramps around the screen, and adjust their level to propel a ball from the starting point to the finish cup. 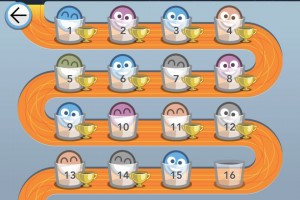 The game isn’t much in the way of physics or puzzles, but still offers some of both to give you a little challenge as you alter momentum and deal with gravity. Each level presents you with a certain number of ramps to position with a simple mechanic of dragging the center to move, and the edges to alter trajectory. As you progress through the 100 levels there are obstacles to face including solid bars, black holes, and ice cubes. Every level has three challenges to complete to get gold with certain time limits, collecting coins, and winning on the first try. It seems the levels don’t offer the most challenge, and it’s pretty simple for a physics puzzle game. There isn’t very much thinking at all for the first half of the levels in each world, and then you reach levels that are simply tedious. 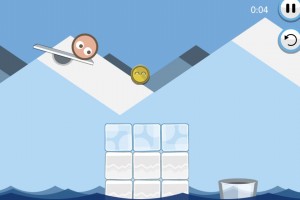 You know the general area for the ramps, but you need to adjust the ramps just right which feels like more of a chore than fun. The game is simple enough to keep going through the levels so there is nice replay factor as it’s combined with Game Center for online high scores and achievements. The game includes retina graphics to see the cute little balls that change emotion as they’re bouncing towards the cup. The artwork is relatively basic though, and the same goes for the soundtrack. Once you’ve played a few levels you know the basic aspect of the game, and there isn’t much change from level to level. You just wish there was more challenge because as it is the game doesn’t engage you enough to keep going so you don’t even care to make it through all the levels. Challenge will finally appear in the later levels, but then the tediousness of the game shows it's face again. Ramps is a nice simple puzzle game, but is a little too simplistic when compared to all the great puzzle games in the App Store. 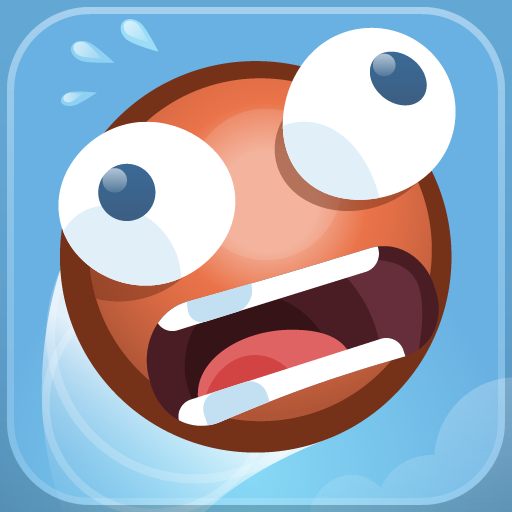 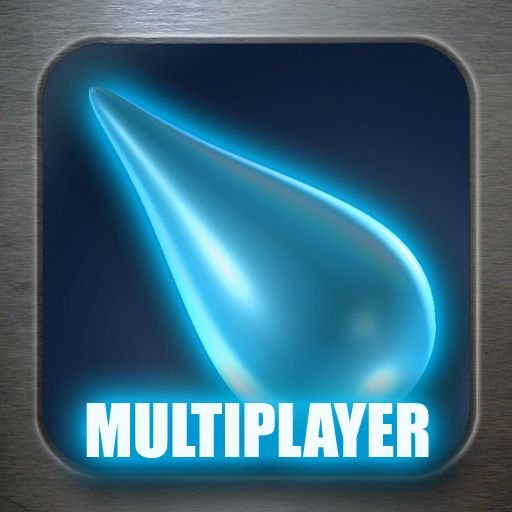 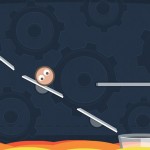 Review: Ramps - Ramping Up The Physics Puzzle
Nothing found :(
Try something else