You are using an outdated browser. Please upgrade your browser to improve your experience.
by Alexander Vaughn
January 6, 2011
We're not sure when we'll be seeing the next iPhone. Will it arrive in June as usual, or from Verizon right after CES? Regardless, it seems the ballet of leaked parts is already beginning. As posted on YouTube by Smartphone Medic, the pictures above are reportedly of antenna parts for the next generation of iPhones. As you can see, they're very similar to the current ones. They do show slight tweaks that might very well be improvements to fix the now well known "antenna issues" of the iPhone 4. More precisely, it looks like the antenna has now been split into four separate parts, up from the current two. Most likely, this new multiple antenna design will prevent the iPhone from losing signal, even when obstructed by a hand at a critical point. This looks like it could be a good idea. Of course, we don't know how legit these parts are. However, the YouTube video showing these off has now been pulled from the web at the demand of Apple. 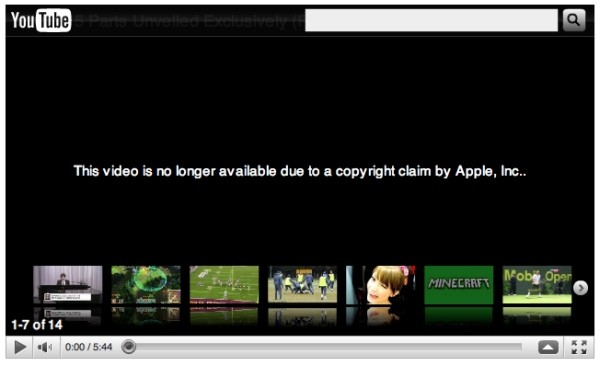 This is very unusual. In the last couple of years Apple has stopped sending takedown notices to sites that leak their information. This has left us in the dark as to how legit what we see online really is. So what happened, why the change of heart? At this point we just don't know. However, it just gave these parts a lot of credibility. What do you think these are for? The iPhone 5, Verizon iPhone or just a scam? Tell us in the comments! [Image Credit: 9to5mac] ***Update: We found another copy of the banned video mentioned earlier. Check it out: 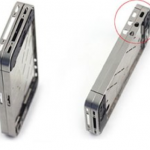