You are using an outdated browser. Please upgrade your browser to improve your experience.
by Bryan M. Wolfe
February 18, 2011
While we may see one someday, don’t count on the release of an iPhone nano in 2011. According to The New York Times, Apple “was not planning to introduce a smaller iPhone anytime soon.” This news contradicts The Wall Street Journal report indicating the opposite, which we discussed earlier on the pages of AppAdvice. One piece of news that still seems valid: An improved MobileMe is coming. It will allow users to store music, photos, and files online in the “cloud.” Best of all, the Times reports Apple will make this available for free. They currently charge users $99/year for a must less robust service. Perhaps instead of offering a stripped down version of the iPhone, Apple will offer the real deal at a cheaper price. 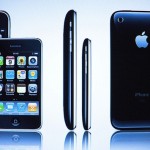 NYT: No iPhone Nano, But Free And Improved MobileMe Service Likely This Year

NYT: No iPhone Nano, But Free And Improved MobileMe Service Likely This Year
Nothing found :(
Try something else