You are using an outdated browser. Please upgrade your browser to improve your experience.
by Bryan M. Wolfe
February 17, 2011
Since its debut last year, the Pulse News Reader for iPad app has consistently been one of the better RSS news apps in the App Store. However, the folks behind the app aren’t resting on their laurels. Alphonso Labs is now allowing users to access select API feeds as well. Thanks to a recent update to their online backend (which means it doesn’t require an update in the App Store), Pulse now includes API support. Users can now fetch API content from Reddit, Digg, Vimeo, YouTube, Flickr, and Picplz. This is done from the app’s “Featured” tab, which is used to add sources to the app. The entire process is seamless and easy, which is a Pulse trademark. 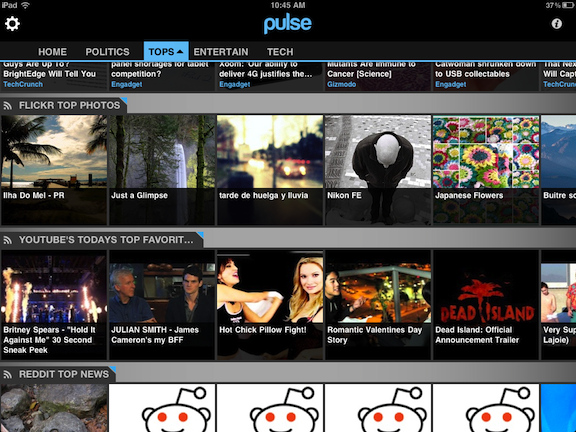 Don’t worry: RSS feeds aren’t going anywhere. Pulse is just giving its users another outlet in which to gather their news. According to a post on its blog, Alphonso Labs states:

At Pulse, we use RSS to power a lot of the news streams, but we have never marketed ourselves as a "RSS reader". [sic] RSS, as many have noted, sounds very geeky - something we find impossible to explain to our mothers… For a lot of our users, Pulse has now become their go-to "browser" for consuming content. And this content does not have to be restricted to RSS feeds.

The free Pulse News Reader is available in the App Store. 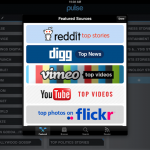