You are using an outdated browser. Please upgrade your browser to improve your experience.
by Staff Writer
February 10, 2011
It’s time for some hoops action unseen on iOS so far with NBA Jam by EA Sports. The classic arcade basketball game of two on two play comes to the App Store delivering everything over the top. All the 30 current NBA teams are included with a few players from each team, and you can unlock 30 NBA legends in the game or get them via in-app purchase. 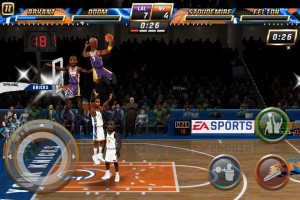 You can jump into any game with play now mode or try classic campaign where you try to beat every team in the league. The classic NBA Jam offers up extremely open style basketball with outrageous sky flying dunks, mega blocks, all kinds of trick dribbling, huge alley-oops, and even the ability to chuck players. EA has done a great job in bringing all that action to the iPhone, and it runs so smoothly. The game feels fast paced, and completely open to really do anything you want which is quite a contrast to the very rigid and bland port of NBA Elite. The game is free flowing and absolutely packed with fun as the constraints of NBA rules and gravity are thrown out. The game is effortless to control with the D-Pad, and three action buttons which act as sliders to use turbo, and add it to your dunk or block. 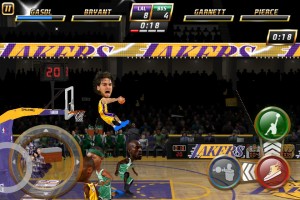 If you’ve experienced NBA Jam you know the game style, and I can say without a doubt it’s perfectly rendered for iOS, and EA deserves commending. If you’ve never heard of the game it’s arcade basketball which is equally amazing to play and watch. The game is always moving at high speed, and there is never a dull moment on offense or defense as your jamming the turbo button, and going all out. Scoring comes relatively easily on any of the four difficulty modes, but defense is where the game is won and lost, because that one possession they don’t score can be vital. It’s nice to play with any teams you want, but it’s even better going through the campaign team by team with the championship at the end. As you go through the campaign you will unlock all kinds of achievements and NBA legends, and it makes the game that much better to play with Magic, Bird and Dr. J. The game has outstanding visuals with the classic game updated visually with retina quality, and everything enhanced. Then there are the players all with generic bodies, but their actual faces including varying emotions based on how the play develops. Then there is big head mode to see those faces close up, and really laugh at the real images they have of each player. 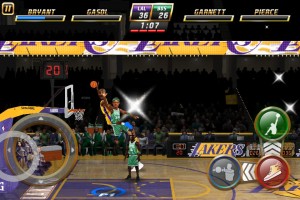 There is a hip hop included soundtrack that fits the action so well, and the included commentary is over top like the game. The commentary is amusing from time to time while being annoying too, but you can’t have the game without it. It would be great to have the arcade feature of bonus zones to score more points from shooting from particular zones. When you’re playing good, by making three consecutive shots without the other team scoring, your player catches on fire to make even more extreme plays giving a new meaning to high fly act. The inclusion of Game Center is always desired in an EA game, as well as online multiplayer which would be great for NBA Jam. The stadiums are all nicely designed, and have the authentic feel. NBA Jam ($4.99, iPhone/iPod Touch) is the best sports game in the App Store, and has made a perfect transition to iOS. NBA Jam is a must buy for $4.99, and this is truly where amazing happens. 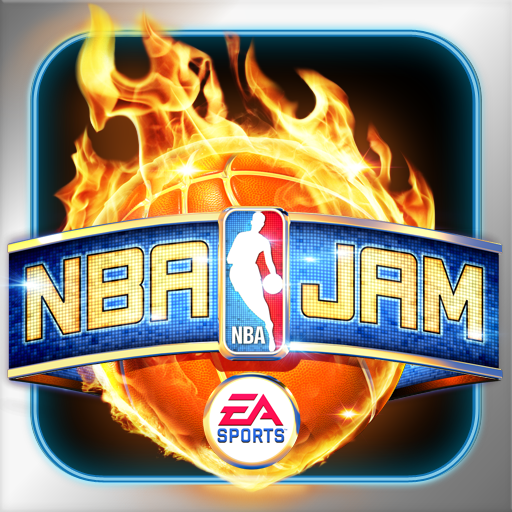 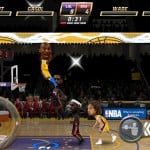 Review: NBA Jam By EA Sports - Where Amazing Happens?
Nothing found :(
Try something else