You are using an outdated browser. Please upgrade your browser to improve your experience.
by Samuel L. Lytle
February 11, 2011 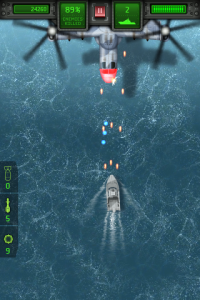 New from Chillingo (publishers of the popular ‘Cut the Rope’) is Sky Combat, a top down shooter (TDS) that claims to retain classic gameplay while providing cutting edge graphics. Does the already crowded genre have room for another great shooter? If you aren’t familiar with TDS games, you control some sort of craft at the bottom of the screen (usually of the flying nature) while waves of enemies attack you from the top of the screen. Early titles in the genre only allowed left and right movement but the more recent games allow you to move pretty much anywhere on the screen. Another interesting feature of TDS games is that everything is essentially in the same ‘plane’. This means that any bullet you shoot will hit whatever is in its path regardless of whether it is in the air, on the land or on the sea. Unlimited ammo is also almost always a key feature of these games. There are three modes to choose from in Sky Combat: campaign, single mission and endless mode. These are pretty much what you would expect with the campaign having the levels to go through (complete with bosses), single mission as a quick play and endless mode as the level that never ends (max high score is the only goal). 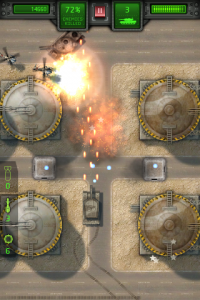 One feature that Sky Combat offers that most TDS games don’t is that you can not only play as a helicopter but also as an armored Humvee and a combat boat. The helicopter is very easy to control as it flies above everything in view, but the Humvee and boat are a little difficult (especially after using the copter) as they will blow up if you don’t dodge around a building or jagged mountain. Thankfully, there are several different methods of controlling your craft. For the copter, you can choose from three finger controlling modes or use the accelerometer. For the land and sea vehicles you can either use your finger or the accelerometer. I was surprised that I found it much easier to use the accelerometer because not only was it very sensitive and precise, but every time I used my finger to control it, I ended up blocking a vital portion of the screen. 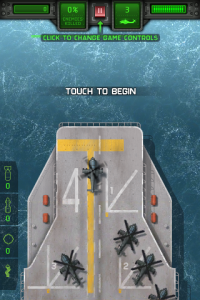 The graphics are as good as advertised or better. They are lush, animated and sparkle on the retina display. Explosions are especially convincing and the screen shakes a little when you blow something up. The only way they can’t compete with some of the other titles is that some of them feature true 3D or ‘2.5D’ graphics. The gameplay is quite challenging, which is a good thing and the replayability factor is high, especially with the endless mode. You don’t immediately get points when you destroy and enemy but rather when you collect little white stars left behind in the destruction. Powerups are also scattered through the levels and, when collected, give you health, air strikes, missiles, anti-missile pulses or upgrades to the standard machine gun. The only feature I was left wanting was the ability to collect money and upgrade my vehicles and weapons, similar to what is found in the arcade classic 1942: First Strike. Overall, the gameplay is tight, the graphics are crisp and you won’t soon run out of content. At the current price of $0.99, Air Combat is a should buy and will compete with any top down shooter available in the App Store. 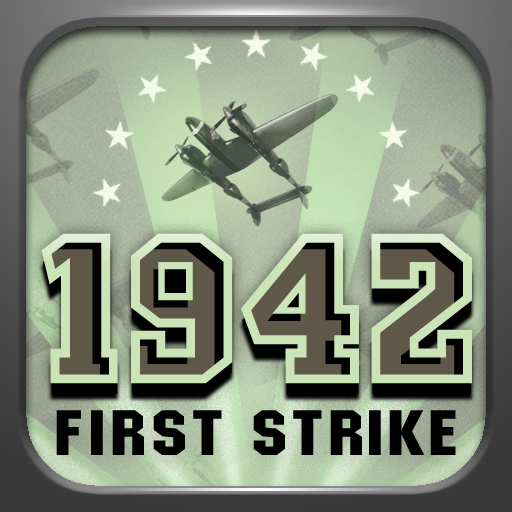 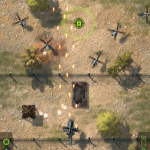 Review: Sky Combat - Patrol The Not-So-Friendly Skies
Nothing found :(
Try something else