You are using an outdated browser. Please upgrade your browser to improve your experience.
by Alexander Vaughn
February 21, 2011
We're still very much in the dark as to how well the recently released CDMA iPhone is selling on Verizon. We know it sold out on the first day, and that it beat Verizon's sales record in just two hours on pre-order launch day (between 3 and 5am EST). We also heard that it might be slightly under-performing. Apple has yet to release a statement on actual sales, and most importantly, we don't know who is buying the device. To shed some light on the topic, Marco Arment, the developer of Instapaper, one of the best and most popular iOS apps, compiled some interesting numbers and thoughts on his blog. He uses the sales numbers of his app, which has been selling steadily, as an indication of general App Store sales volume. What is he seeing? Apparently, the launch of the Verizon iPhone hasn't had a significant impact on his sales, as new iDevice launches usually do. Many developers are now confirming this trend all around the Web. Marco doesn't believe the Verizon iPhone is doing badly, or that these new customers aren't buying apps, and neither do we. He brings up an interesting theory for this lack of sales. In his opinion, most new Verizon owners already own his app. That is, most new Verizon iPhone customers already had an iPod touch or an iPhone on AT&T prior to the launch of the CDMA version, and are simply transferring their apps. He further supports his theory with the fact that the Verizon iPhone pre-orders sold out in the middle of the night, which means mostly iOS fans who were willing to be up at such a time bought it. What does this mean? The Verizon iPhone might be doing fine, but unfortunately it doesn't seem to be increasing Apple's iOS market share at the moment. It might in the long term, as contracts come to an end and people renew their phones, but the impact isn't as major as we first forecasted. Discuss! 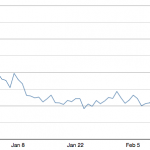 Verizon iPhone Mostly Selling To Existing iOS Users?
Nothing found :(
Try something else