You are using an outdated browser. Please upgrade your browser to improve your experience.
by Bryan M. Wolfe
March 16, 2011
Is Apple already rethinking its new subscription model? Maybe, considering both the Netflix app and Amazon’s Kindle app were recently updated and neither includes a now-mandatory in-app subscription option. When Apple first announced the in-app subscription model, many were concerned that some of our favorite apps would soon go away. The issue boils down to money, and many publishers are unwilling to fork over 30 percent of its revenues to Apple, which happens when subscription purchases are made through iTunes. Apple’s new requirements do allow publishers to keep taking orders from outside of the app (on the web). However, they must also offer an in-app purchase option. So far, Netflix and Amazon (and others) keep developing app updates without the required changes. And each time, Apple is approving those updates. So is Apple relenting? It is too early to tell. After all, the company has no problems rejecting new apps that don’t include an in-app subscription option. The rejected Sony eReader app is the most publicized example of this. Plus, existing publishers do have until June 30 to implement the changes. Regardless, the fact that Netflix and Amazon continue to update their apps (rather than pull them) is a good sign, and probably means both sides are still talking. In the end, a compromise will almost certainly be made. But for right now, it’s still wait-and-see. 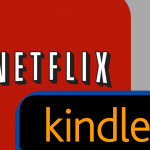 Is Apple Already Rethinking Its New Subscription Model?
Nothing found :(
Try something else