You are using an outdated browser. Please upgrade your browser to improve your experience.
by Bryan M. Wolfe
March 14, 2011
Reports that Apple sold up to 500,000 iPad 2 tablets during its debut weekend means little to those who stood in line for the iDevice on Friday, only to come up empty handed. What makes this news more frustrating is knowing that some of those iPad 2 buyers who were successful are now making a quick profit. But is this a big problem? Benefiting financially off the iPad 2 isn’t surprising. In fact, Apple indirectly encourages the practice. As with other product launches, the iPad 2 debuted only in the U.S, and won’t be available for another two weeks in other countries. Between now and then, people across the world will pay a huge premium for the iDevice, which retails for as low as $499. Many would-be sellers cash in by turning to eBay or Craigslist, among other online locations. While the majority of the listings are for one iPad 2 only, some are for lots of two or more. Prices for the iPad 2 range from a low of $800 for a 16GB Wi-Fi model to $4,000 for two Wi-Fi + 3G units sold together. A quick survey of current listings on eBay tells the story: Nearly 7,700 “iPad 2” listings are available on the popular auction website. Of these, nearly 1,450 are from so-called “top-rated sellers.” In other words, from those who make a living buying and selling on eBay. Similar listings are popping up on Craigslist. Clearly, most iPad 2 buyers aren’t profiting from their purchase. Rather, they simply want to enjoy one of Apple’s newest iDevices (and got in line at the right time). Still, is there something Apple could do to eliminate this early profiting? Probably not. After all, the reason Apple staggers product releases in the first place has nothing to do with assisting eBay or Craigslist sellers, and everything to do with being unable to keep up with initial demand. The iPad (and iPhone too) always generates more demand at launch time than Apple could ever be expected to supply. If they could, the company would happily take the added profits, which would come from selling more units. Our advice to would-be buyers: Avoid overspending for an iPad 2. Within a few weeks, the iDevice will be available at numerous locations in the U.S. and across the world. Rather, save the money and use it to buy apps and a Smart Cover. 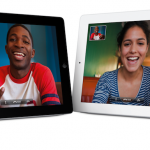 Couldn’t Get An iPad 2? Is Ebay To Blame?

Couldn’t Get An iPad 2? Is Ebay To Blame?
Nothing found :(
Try something else