You are using an outdated browser. Please upgrade your browser to improve your experience.
by Bryan M. Wolfe
March 28, 2011
Despite an earlier report stating the opposite, the iPhone 5 will not debut in June, according to The Loop. Instead, apparently this year's WWDC will focus on software instead of hardware. This news, if true, is more in line with our original assumption that the WWDC will serve as a preview event for the iOS 5 update and upcoming MobileMe refresh. The logic is, since neither of these improvements will actually be released until fall, nor will the iPhone 5. Our reasoning is this: First, the iPhone 5 was never expected to be much different than the current iPhone hand set, which was radically changed from the iPhone 3GS model. Besides, millions of iPhone 4 owners are stuck with two-year contract commitments, meaning this isn’t the year for current customers to upgrade. Plus, the Verizon iPhone only debuted in February. While some AT&T iPhone 4 owners would no doubt break their existing contracts for a new iPhone 5, the same cannot be said for folks that made their iPhone purchase just a few weeks ago. Therefore, I wouldn’t be surprised if the iPhone 5 launch itself isn’t pushed to September along with the release of iOS 5. It is also important to recognize that Apple is busy at work on the next version of OS X, Lion. This is expected to be released this summer, which again, could be a further indication of an iPhone 5 delay. Nonetheless, now that WWDC is confirmed (it will be held on June 6), we know when Apple will replace rumors with actual facts. What do you think? Leave your comments below. 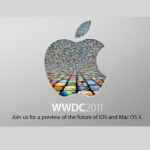 Not So Fast: iPhone 5 Won’t Debut In June

Not So Fast: iPhone 5 Won’t Debut In June
Nothing found :(
Try something else