You are using an outdated browser. Please upgrade your browser to improve your experience.
by Staff Writer
March 7, 2011
In the classic days of the arcade, there was no game quite like Tapper.

In the game, you play as a bar tender serving drinks on four different bars, and you slide the drinks down to the patrons. Now, Tapper is coming to iOS as Tapper World Tour, and the name is just perfect. It's Tapper after all, and you're going to be tapping all around the screen to send drinks down the bar and collect the empty glasses and tips. The World Tour part has you traveling between three continents serving drinks in all kinds of cities, each with their own theme. 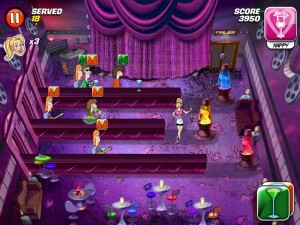 There are 11 locations from Hollywood to Lima, Peru, with stops in Northern Nevada and Cancun. Each bar has a different style, unique stage performances, and specific clientele. The game will include 45 levels in casual mode, and when you complete those, you unlock an advanced mode. The campaign is nice and deluxe, with each level scored on a three star scale. There is also an endless shift mode as well. Game Center will be included, and there will be two apps for iPhone/iPod Touch and iPad. The game is super easy to control, features fast movement between the bar rows, and is generally easier to play than the arcade version. Tapping directly where you want is intuitive, and is just perfect for Tapper. One thing to note is that the classic arcade version isn't included, and you can compare the old and new games below: 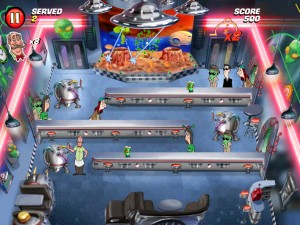 Tapper World Tour offers the feel of arcade madness that is somewhat missing in the App Store. There are new power-ups, including the ability to distract patrons with a stage show and to speed up your bartender. Also included are special requests where you need to serve just the right type of drink to special customers. You can even upgrade your bartender with special abilities to handle the rush later on. Another new feature is the ability to choose the gender of your bartender. Tapper World Tour is expected in the coming months, and we will keep you updated with any new details we get. One thing for sure is that if you liked the arcade version, you'll love the iOS version. Enjoy our hands on demo below: [gallery link="file" order="DESC" columns="4"] 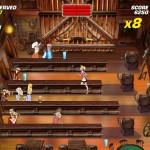 GDC 11: The Classic Arcade Game, Tapper, Looks Great on iOS
Nothing found :(
Try something else