You are using an outdated browser. Please upgrade your browser to improve your experience.
by Bryan M. Wolfe
March 4, 2011
With each new product release, Apple posts a video (on its website) which is heavy on self-promotion, to advertise its latest masterpiece. Naturally, these are easy to make fun of, as two new iPad 2 spoof videos show. An official iPad 2 video appeared on the Apple website soon after the device was announced earlier this week. Like past videos, it comes with an amazing soundtrack, stunning photos, and commentary from dedicated Apple employees. However, we’re thinking our readers will like these two unofficial videos much better. The first, from comedian Conan O’Brien, makes fun of the iPad 2's "cheap" new cameras and of Apple's "cockiness."

The second, called "Banned iPad 2 Promo," has a hilarious take on whether we'll actually see the white iPad 2 model. It also says the iDevice's new FaceTime feature is perfect for video sex.

Both videos are absolutely hysterical, but are probably not appropriate for work place viewing, so be forewarned. Enjoy! 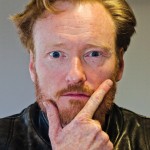 Hilarious: Conan & Others Come After The iPad 2

Hilarious: Conan & Others Come After The iPad 2
Nothing found :(
Try something else