You are using an outdated browser. Please upgrade your browser to improve your experience.
by Staff Writer
March 16, 2011
It’s a fact that the iPad 2 has a faster processor and more memory than the iPad 1, but the question is how much of a difference it makes and what it means when comparing the two devices. We decided to test the power differences between the two iPads by launching up a large number of apps on both devices, then switching between all the apps. Both iPads are running iOS 4.3 with multi-touch gestures enabled. Every single app we launched and switched to loaded faster on the iPad 2. The longer and faster we switched between apps, the more noticeable the difference in speed became. Another thing we noticed was how much slower the iPad 1 was when the apps connected to the internet. The iPad 2 has faster internet rendering across all apps, so the iPad 1 lags behind two-fold. When switching to an app on the iPad 2, you can start interacting practically instantaneously. On the iPad 1, it takes a couple of seconds to actually be able to use the app. The phenomena is similar to tab viewing in Safari on iPad 1 where the cache runs out and the iPad 1 has to reload the page. Now, the iPad 1 has to reload bits and pieces of the app even when the apps are fast-app switching enabled. Once the multi-tasking bar had about 10 apps in it, the iPad 1 really began to slow down with everything it did. It was most apparent in our final test, where we loaded a video via home sharing and then switched to Hulu Plus and then switched back to the video. Switching between the two apps on the iPad 2 was such a smooth experience. The iPad 1, however, felt like it was going to crash and didn’t even seem to recognize our gestures. You never realize how incompetent the iPad 1 is at certain tasks until you see it head-to-head with the iPad 2. Fast-app switching with multi-touch gestures enabled on the iPad 2 really does qualify as multi-tasking because of how smooth all the transitions are. The iPad 1 is really much more of a single tasking machine, and the iPad 2 now makes this all the more obvious. How about you? For those of you who have owned both generations of iPads, how are you enjoying your iPad 2 compared to your old iPad 1? Let us know in the comments! 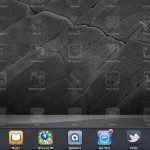 The iPad 2 Offers True Multi-Tasking Compared To iPad 1
Nothing found :(
Try something else