You are using an outdated browser. Please upgrade your browser to improve your experience.
by Alexander Vaughn
March 31, 2011
While the entire world is struggling to buy an iPad 2 directly from Apple, we all know of one place where anyone can find an iPad 2; eBay. Yet, the online auction site hasn't really become the smuggler's cove we all imagine it to be. Ever since the US launch, eBay has been restricting and measuring how many iPad 2s were sold through its site. Now, eBay has decided to reveal its data, to give us an idea of how the device is doing. As you can see in the two infographics they created (above and below), only about 12,000 tablets were sold through their site during the two weeks between US and international launch last Friday. Also, you'll be surprised to learn that the majority of these sales were made inside the US; eBay really hasn't been used as an international iPad 2 trading platform. The biggest importer, Russia, only received about 500 devices. 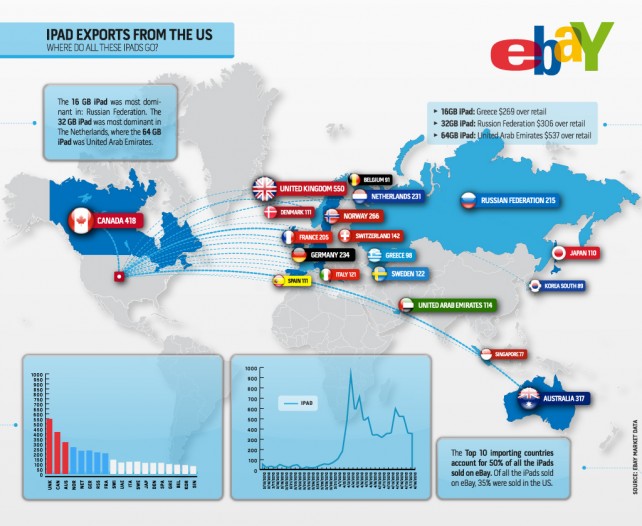 Why? On top of eBay restricting the sales, it seems the prices of the devices have been very steep. On average, eBay estimates that the basic 16GB Wi-Fi model went for $700, or $200 above retail price. As for the 64GB model, the premium they claim averaged a staggering $400. This seems like a major roadblock indeed, especially knowing that the device was launched internationally only two weeks after the US. 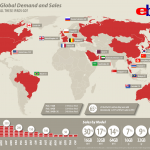 How Many iPad 2s Did eBay Sell? To Who? This Infographic Has The Answers

How Many iPad 2s Did eBay Sell? To Who? This Infographic Has The Answers
Nothing found :(
Try something else