You are using an outdated browser. Please upgrade your browser to improve your experience.
by Bryan M. Wolfe
March 3, 2011
Free March Madness coverage of every game will be available exclusively to iOS users, CBS and Time Warner have announced. Users will be able to watch any game using an iPhone/iPod touch or iPad app, both of which will be released to the App Store on March 10. The 2011 college basketball tournament, which begins March 15, now includes an additional four teams and two extra days of games. Last season, CBS offered iPhone streaming of the tournament games, but only via a paid app. This is an astounding deal. Especially considering many of the early games happen during the day when most of the country is at work and not in front of a TV. In another twist, there will be no Android app for the tournament. Those fans are out of luck. The tournament’s digital sponsors are AT&T and Verizon Wireless. 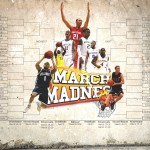 March Madness Games Free On iPhone And iPad, But Android Users Are Out Of Luck

March Madness Games Free On iPhone And iPad, But Android Users Are Out Of Luck
Nothing found :(
Try something else