You are using an outdated browser. Please upgrade your browser to improve your experience.
by Christine Chan
March 18, 2011

feedly ($2.99) by DevHD is an app that aggregates all of your news sources into one convenient and and beautiful interface.

If you're an avid Google Reader user? Then chances are that you have tried several apps before that will make the Google Reader experience great, because lets face it, the web interface isn't known to look the best. But have you ever wondered what Google Reader would look like as an interactive, digital magazine?

Feedly is here to help you envision that. 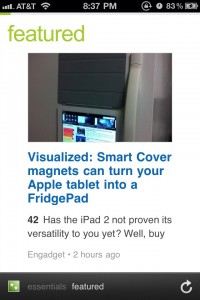 On the first launch of Feedly, you'll want to immediately sign in to your Google Reader account to make use of it. If you don't have a Google Reader account, it's free and is linked with the rest of your Gmail or Google account, unless you have a grudge against Google, there is little reason why you wouldn't have one.

Once you log in to your Google Reader account, your feeds will appear on the screen in a clean and minimal interface. If you have your feeds organized in folders, you'll notice that the folder title will be shown at the top bar, which will be followed by a "feature" headline post.

This headline post will show you the title, photo, and whatever body text is allowed from the original feed source (some sites have their articles truncated, requiring you to click the article to read the full thing). This minimalistic interface looks great and does give it that "magazine" feeling.

If you flick the screen to the left (like a page turn), then there will be more postings from that folder, and you can continue to swipe the screen to view more. The listing of these posts just shows the headlines, so you'll have to tap something if you want to read more about it.

Tapping on a post will bring up the original RSS feed post into view. Again, depending on the site, sometimes these will be truncated, which may result in more tapping. What if you're the type that likes to view the always entertaining comments? Don't worry, Feedly has its own in-app browser for all that fun stuff. Additionally, you can "Like" and "Save" posts, which I am assuming are Feedly's terms for Sharing and Starred items. Posts can be posted to Twitter, or shared by email, copied links, opening in Safari, or Moblized.

You can actually go through all your reading material from the full-post view by navigating with the Next button. Unfortunately, the only way to go back to a post you were looking at previously is to go back to the post listing, since Feedly is currently missing a "Previous" button, and instead only providing a "Done" button while viewing full posts.

If you have a lot of folders or feeds, you may want a more convenient way of navigating between what you want to read at the moment.

On the main post listing, the bottom left corner features a green icon, which will give you a navigation menu with all of your folders and feeds. This allows you to quickly jump to whatever stuff you desire to read now, instead of wading through everything.

Feedly also features several of it's own categories, which are basically compilations of what's hot out on the web at the moment. You can also access items saved for later (Save) from the navigation menu. 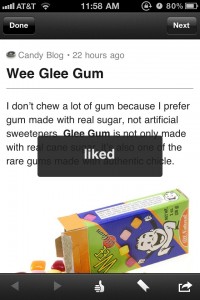 The latest update also added necessities such as Instapaper and Read It Later integration, a photo grid view instead of headline listing, better display of text only feeds and cleaner rendering of all articles.

Stuff like Instapaper and Read It Later can be configured in the device Settings.app, along with text size, start category, Mail CC/BCC, and toggles for refresh on start and auto mark as read.

However, the swipe gestures can be a bit tricky to use for the first few times, but unfortunately the help screen is only shown upon the initial launch, with no way to recall it. Sometimes the controls are a bit sensitive, resulting in accidental touches which take me away from what I wanted to read. There's also no landscape support, which would have been pretty nice for an app like this. But I hope to see improvements on these things in future updates.

If you're looking for a new and fresh way to look at your Google Reader, then give Feedly a look. It's fast, minimal, and sleek looking. The app is usually around $1.99, but it is currently free for the time being, so grab it now before it's too late! An iPad update is also pending approval from Apple. 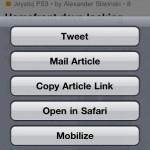 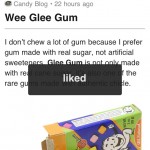 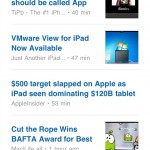 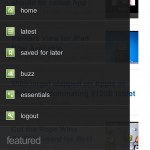 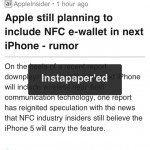 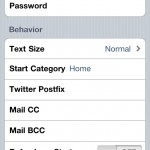 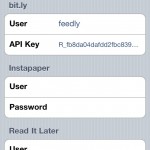 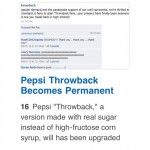 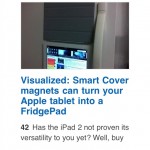 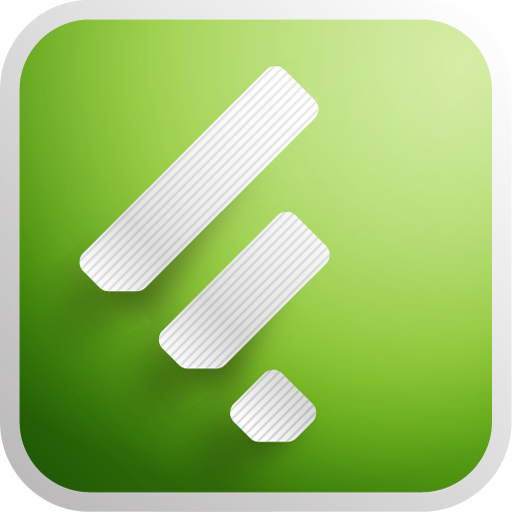 Feedly Provides A Fresh New Take On Google Reader
Nothing found :(
Try something else