You are using an outdated browser. Please upgrade your browser to improve your experience.
by A.T. Faust III
April 28, 2011
In the same Mobilized interview that dug up that unforeseen white iPhone 4 UV bit, Ina Fried also got to the bottom of what the media has lately dubbed "Locationgate." With Steve Jobs and senior VPs Phil Schiller and Scott Forstall on the line, she gleaned enough solid information from the trio to satisfy most people's curiosity and concerns over the sensitive -- and, according to Jobs -- misunderstood Apple tracking "debacle." A complete transcript can be found here, but we'll summarize it for you. Essentially, the hullabaloo boils down to three key things: An overlooked and too-large system cache for on-board location data (2 MB), a bug that doesn't dump said cache reliably, and a general lack of public knowledge about the data that is saved. In fact, Apple waited so long in responding to the matter because they were investigating exactly what was happening. A major point of contention now clarified by that research is this (from Steve himself):

We haven’t been tracking anybody’s location and the files they found on these phones, as we explained, it turned out were basically files we have built through anonymous, crowdsourced information that we collect from the tens of millions of iPhones out there. We build a crowdsourced database of Wi-Fi and cell tower hot spots, but those can be over 100 miles away from where you are. Those are not telling you anything about your location. That’s what people saw on the phone and mistook it for location.

(This jibes with the results I received running iPhone Tracker, as I saw lot of hits all throughout the Florida city of Ocala, even though I'd only been on the interstate driving to West Palm Beach.) After not-so-subtly mentioning that jailbreaks and user hacks can disrupt Apple's vigorous privacy measures guarding against location data theft, the company sums up everything about their tracking system:

It’s all anonymous and cannot be traced back to any individual phone or person. But we need to be even more careful about what files are on the phone, even if they are protected... As new technology comes into the society there is a period of adjustment and education. We haven’t, as an industry, done a very good job educating people, I think, as to some of the more subtle things going on here. As such, (people) jumped to a lot of wrong conclusions in the last week.

It turns out Apple's not your Big Brother after all... They're an only child. 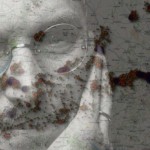 Apple Explains, Debunks "Locationgate"
Nothing found :(
Try something else