You are using an outdated browser. Please upgrade your browser to improve your experience.
by Bryan M. Wolfe
April 26, 2011
As Apple’s rumored cloud storage service gets closer to becoming reality, it looks likely there will be a yearly fee associated with it. However, Apple will initially offer the service for free, according to CNet. Apple’s long-expected cloud-based music storage service is expected to allow iTunes customers to store digital copies of their files onto Apple servers. In turn, these could be played on iDevices. The service would most likely be part of a revised MobileMe and could arrive as early as June, when Apple holds its annual WWDC conference. While one report indicated Apple plans to charge users $20 per year for music storage, that has yet to be confirmed. Therefore, beyond rumors, we know very little about the new service. However, assuming the yearly fee mentioned is correct and includes unlimited storage, this would be an incredible deal. Amazon, for example, charges $1 for each GB of storage for its Cloud Drive Storage service, released earlier this year. According to CNet:

What the music industry is banking on is that consumers will see the sense in paying a relatively small monthly fee for access an endless supply of songs. Right now, to obtain music legally, people have to pay $1 or more for each song. Decision makers in the industry hope people will conclude that ownership doesn't provide the best bang for the buck, just as they have concluded with movies.

But the big question is whether customers will be willing to pay Apple to store music they already own. That question, and others like it, will likely be answered in the coming weeks and months. What do you think? Leave your comments below. [Photo: Lee The Geek] 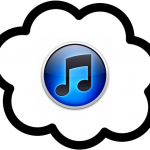 Apple's Cloud Service Will Come With A Yearly Fee - Report

Apple's Cloud Service Will Come With A Yearly Fee - Report
Nothing found :(
Try something else