You are using an outdated browser. Please upgrade your browser to improve your experience.
by Bryan M. Wolfe
April 14, 2011
Adobe’s new Flash Media Server update will allow publishers to stream to iOS devices, according to news first reported by Gigaom. The service will support Apple’s HTTP Live Streaming protocol (HLS). As the old adage goes, if you can’t beat them, join them. This appears to be the reasoning behind Adobe’s apparent shift by making a product update available that will work on iDevices. You may recall that in 2010 there was a major dustup between the two tech giants, Adobe and Apple, over the latter’s decision to not allow Flash video on the iPhone/iPod touch and iPad. With Adobe’s Flash Media Live Encoder 4 and future version of Flash Media Service, video publishers can support live streams to the iPad from the same streaming server for streaming to web browsers and other devices. According to Adobe product manager Kevin Towes:

By adding support for HLS within the Flash Media Server, Adobe is reducing the publishing complexity for broadcasters who need to reach browsers supporting HLS through HTML5 (such as Safari) or devices where Adobe Flash is not installed. Where Flash is installed, Flash Media Server packages the stream using MPEG4-fragments (F4F) to deliver video over HTTP to Flash.”

Towes spoke at this week’s National Association of Broadcasters Show in Las Vegas, Nevada, where he demoed the new application. Take a look: This is pretty big news. Once fully implemented, it probably means the days of being unable to view certain videos on an iDevice will be a thing of the past. What do you think? Leave your comments below.l 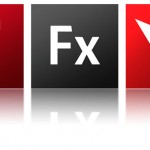 The Day Has Come: Adobe to Stream Live Video To iDevices (Video)

The Day Has Come: Adobe to Stream Live Video To iDevices (Video)
Nothing found :(
Try something else