You are using an outdated browser. Please upgrade your browser to improve your experience.
by Bryan M. Wolfe
April 28, 2011
Could Apple’s rumored cloud music service be named iCloud? It could, assuming the company just bought the iCloud.com domain, which Gigaom suspects. According to Gigaom, until earlier this month, iCloud.com was owned by Linkoping, Sweden-based, Xcerion, which is a desktop-as-a-service company. However, on April 5, Xcerion rebranded its service, CloudMe and setup shop on a new website, Cloudme.com. Although the Whois database still shows Xcerion as the owner of iCloud.com, a Gigaom source says Apple now owns it. They also believe Apple purchased the domain from Xcerion for $4.5 million. Currently, a visit to iCloud.com automatically takes you to the Cloudme.com address. Apple is largely expected to unveil a cloud-based music service sometime soon to compete with Amazon’s Cloud locker. Although nothing is official, Apple could announce its service at the WWDC in June. What do you think? Do you like the name iCloud for Apple’s cloud system? Leave your comments below. 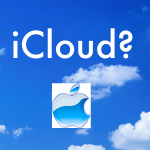 Has Apple Selected iCloud As The Name Of Its New Music Service?

Has Apple Selected iCloud As The Name Of Its New Music Service?
Nothing found :(
Try something else