You are using an outdated browser. Please upgrade your browser to improve your experience.
by Mike Lata
April 28, 2011
The familiar Italian plumber is back and this time he finds his way to Apple's sphere of influence with a Universal App on the App Store called 莫尼诺拯救总动员 or Monino. As you may have noticed from the game's screenshots, all the familiar elements of a great Mario platformer are here. This version of Mario also has Koopas to avoid; golden coins to collect; and the familiar blocks to crush or jump on top of. There are even green sewer pipes present to go down into and use as level shortcuts and the music has the familiar Mario tune. So what could be wrong with such a wonderful representation of the Italian plumber's adventures? One thing I noticed lacking from my quick play test was that when you get hit and lose a life Mario disappears off the screen for a second instead of falling down in the typical Nintendo presentation familiar to the series. Obviously such a title hitting the App Store could be controversial, especially for you diehard Nintendo fans. We don't know however if this is a bug or an attempt to "differentiate". The way the controls are handled is a bit odd as well. You have a virtual analog stick instead of a virtual dpad. This may be good for those with a Fling, but for everyone else it probably is not a very confortable control input for such a platformer. The virtual buttons for jump and speed-up are also not side by side horizontally but at on top of each other in a vertical matter -- which also could be improved upon. It is hard to do the traditional jump while holding down the speed-up button but you have to let go of it and only can press one at a time. The graphics also appear to be very amateurish and almost look like they were drawn in an older version of Microsoft Paint. Clouds have textures going all over the place and some of the backgrounds are almost a single shade of color with no variations. Despite the control issues, and graphical weaknesses, the game may have potential if it is updated; and at only $.99 it could be a worthy pickup. You may have to be quick to pick this one up though, as I wouldn't be surprised if Apple is already considering pulling it. Homage or rip-off? Tell us in the comments! Monino can be purchased on the App Store right now for $.99. 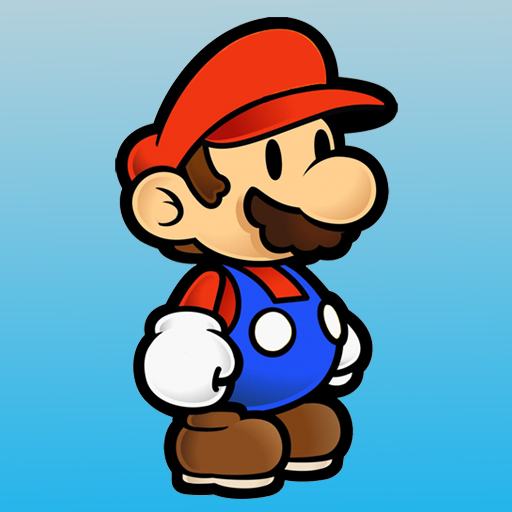 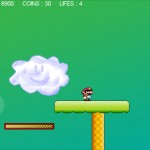 iOS Mario Clone Hits The App Store
Nothing found :(
Try something else