You are using an outdated browser. Please upgrade your browser to improve your experience.
by Bryan M. Wolfe
April 27, 2011
Apple announced today the arrival of the iPad 2 in more countries, including Japan and China. On Thursday, April 28 the second-generation iDevice arrives in Japan. Originally Apple had scheduled the iPad 2’s arrival in the country for March 18. However, it was delayed following the March 11 earthquake. On Friday, April 29, Hong Kong, India, Israel, Korea, Macau, Malaysia, Philippines, Singapore, South Africa, Turkey and UAE will begin seeing the iDevice. Finally, the iPad 2 arrives in China on May 6. All of the countries mentioned will be offered both the Wi-Fi only and Wi-Fi + 3G models, except for China. There, only Wi-Fi models will be available. The iPad 2 was announced on March 2. It arrived first in the U.S. on March 11. 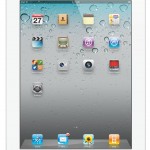 The iPad 2 Arrives In Japan, China, And Additional Countries

The iPad 2 Arrives In Japan, China, And Additional Countries
Nothing found :(
Try something else