You are using an outdated browser. Please upgrade your browser to improve your experience.
by Bryan M. Wolfe
April 11, 2011
Apple’s next-generation iPhone should go into production as early as September, according to one analyst in news first reported by Business Insider. This would mean the iPhone 5 wouldn’t hit stores until later this year, or early in 2012. But, could it come along with a smaller model? According to a note released today, Avian Securities states:

"Supporting out comments over the last month, conversations with yet another key component supplier indicates that production for iPhone-5 will begin in September. This is consistent with Avian findings in the supply chain in recent months and we believe the consensus view is moving towards this scenario. “

This is the latest in a line of stories in recent weeks, suggesting the iPhone 5 will break precedent and not be released at this June’s WWDC event. Whenever the next hand set does arrive, it will be interesting to see if a smaller model will also be announced. What do you think? Leave your comments below. 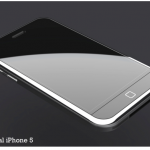 Production Of iPhone 5 Begins in September, With "Lite" Version Possible Too - Report

Production Of iPhone 5 Begins in September, With "Lite" Version Possible Too - Report
Nothing found :(
Try something else