You are using an outdated browser. Please upgrade your browser to improve your experience.
by Kathryn Zane
April 30, 2011
I came across this gem of a game a few days ago, and I have not been able to put it down. Shopping Cart Hero incorporates some of my favorite game features all into one. There are stick figures, wacky updates, a simple scoring system, and just a smidgeon of blood to keep my interest. After clocking in about 12 hours of gameplay over the past few days, I'm still addicted to it. Shopping Cart Hero puts your little stick figure guy into a jet fueled skateboard, drops you off into the ocean to sort out the mysteries of Atlantis, and uses the Quadratic equation to summarize the sum parts of supplies, versus the "invisible hand" of supply and demand. Et voila! The game. Just kidding. The game is what it says it is, and I love it for that. You jump in a shopping cart a la Jackass style, ride it down a hill that you know has broken bones written all over it, make a jump that skiers would be happy about, and try to get as much lift and distance as possible. Your final score is basically the maximum height plus the maximum distance. Need a score booster? Adding groupies to your shopping cart (because who doesn't want to ride with some guy at break-neck speeds downhill?) is the surest method to do so. Now, if riding in a shopping cart downhill is all there is to the game, where's the challenge? Well, this is where I get addicted. At the halfway point of the hill, players tap the screen to jump into the cart. The closer the tap to the sign marking the point, the higher the distance score. At the bottom of the hill is the jump. Players tap at just the right point of the jump to get the highest height scores. There's even a handy gauge at the bottom to let you know how well you hit the mark. Once airborne, do you get to sit back, cross your fingers, and hope for the best? Of course not! Tilting the screen to either side will balance you out to help you land as evenly as possible. **Hint** Tilting at over 700 ft. in height will allow you a backflip with enough time to right yourself. Which brings me to the stunts. Part of upgrading is buying stunts to do in both air and on land. Unlike the old Mortal Combat days, button mashing isn't going to cut it. I tried. However, when I saw that combos were a part of the game, I was skeptical. The developers did a great job of it. The combos respond, and awesomeness ensues. What happens if you don't land your stunts? Well, there's blood. Not a lot. Just enough to give thrills to someone who still giggles and yells, "Headshot!" over clean kills in Halo. Safe for ten year olds? Heck yeah. Even with all my gameplay, there are still some surprises that I haven't unlocked yet. After reviewing screen shots, there were a few musings of, "Wow, I haven't seen that yet!" Then, there was my husband who broke my top score after just a half an hour of playing. He found a spaceship. Find something interesting or get a high score you're particularly proud of? Feel free to leave it in the comment section below! Shopping Cart Hero is available at iTunes for the awesome price of $0.99 and worth all ninety-nine pennies. 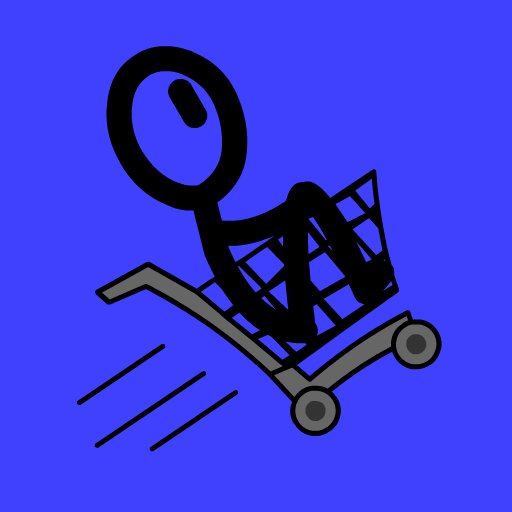 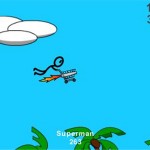 Quirky App Of The Day: Shopping Cart Hero
Nothing found :(
Try something else